Finally a garden update this year!

Finally got some pics this year!

My planting on some stuff (peas, onions) was much later then I wanted. Just finished planting my winter squash yesterday, so they're about on time (could've been a couple weeks sooner).

Weeded today -- the straw sure makes a big difference where it is. 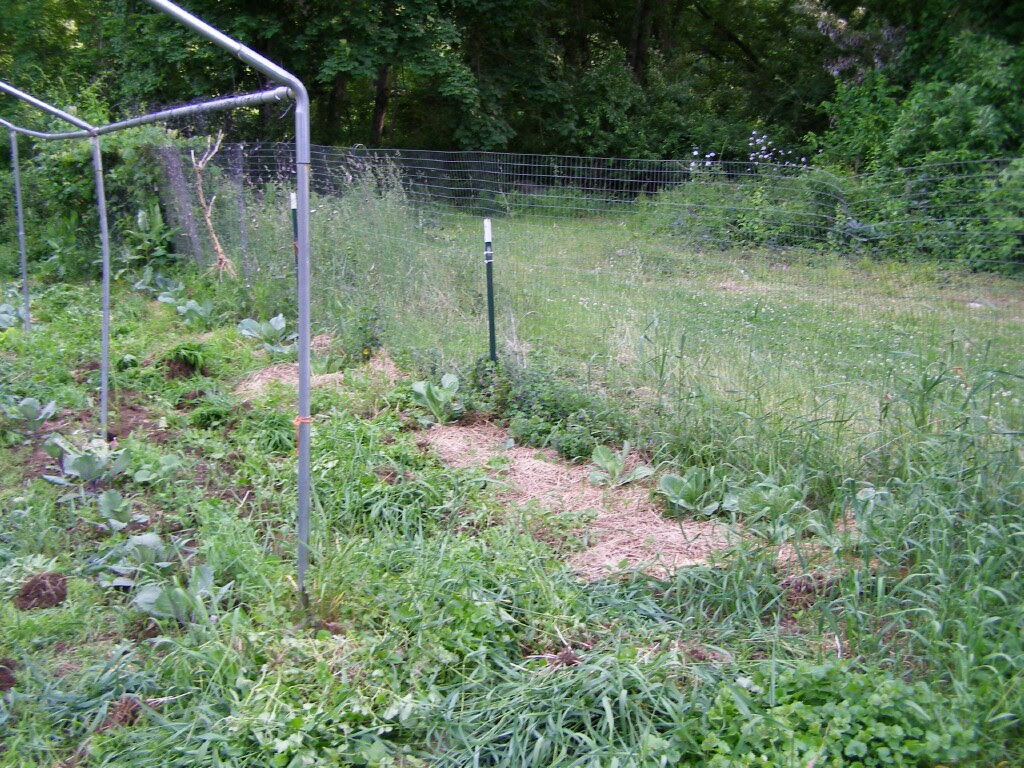 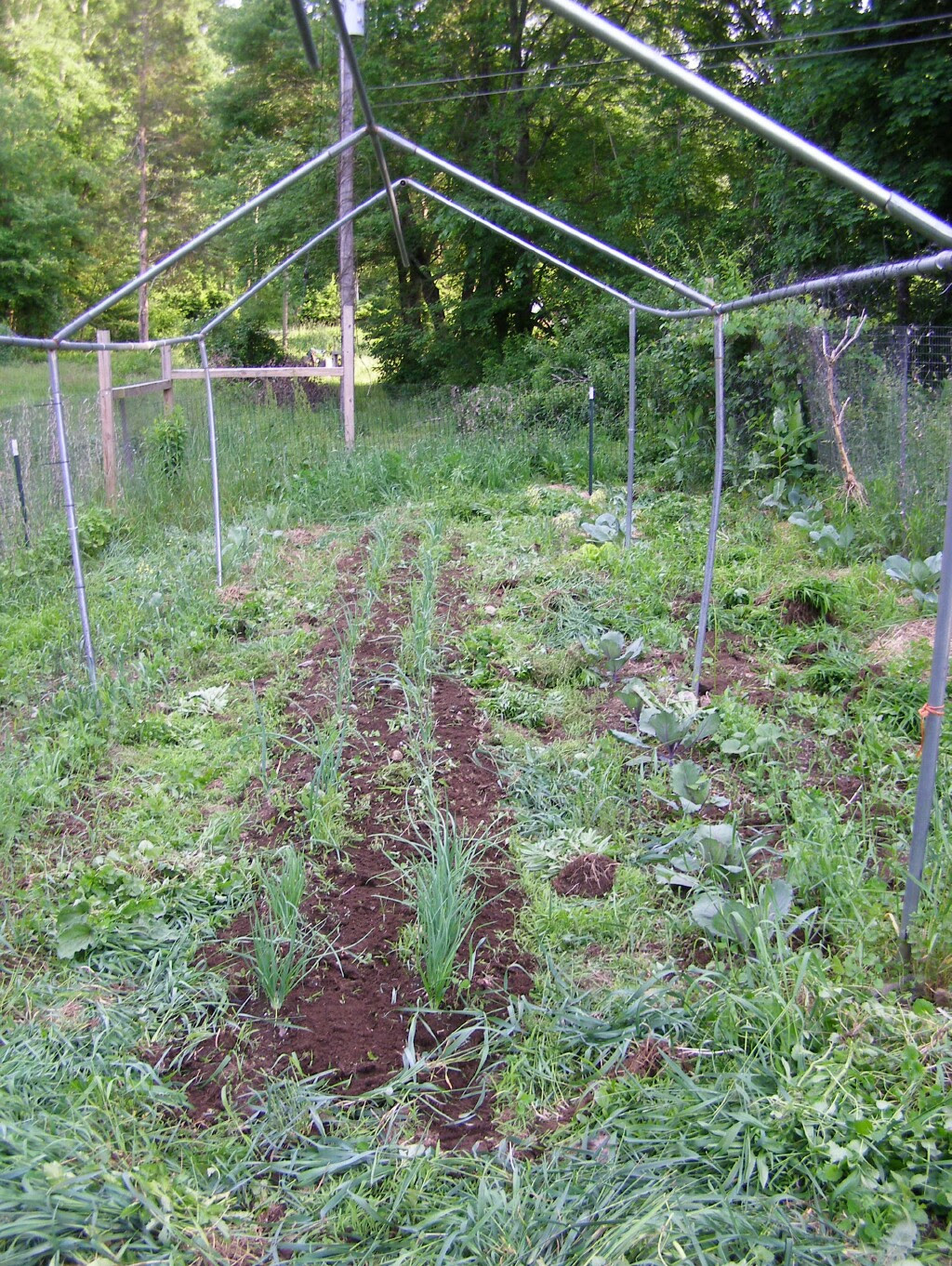 Red Cabbage and peas...gotta get the trellising setup. I don't expect a big pea crop this year...heat will be hear sooner then the plants will be big. 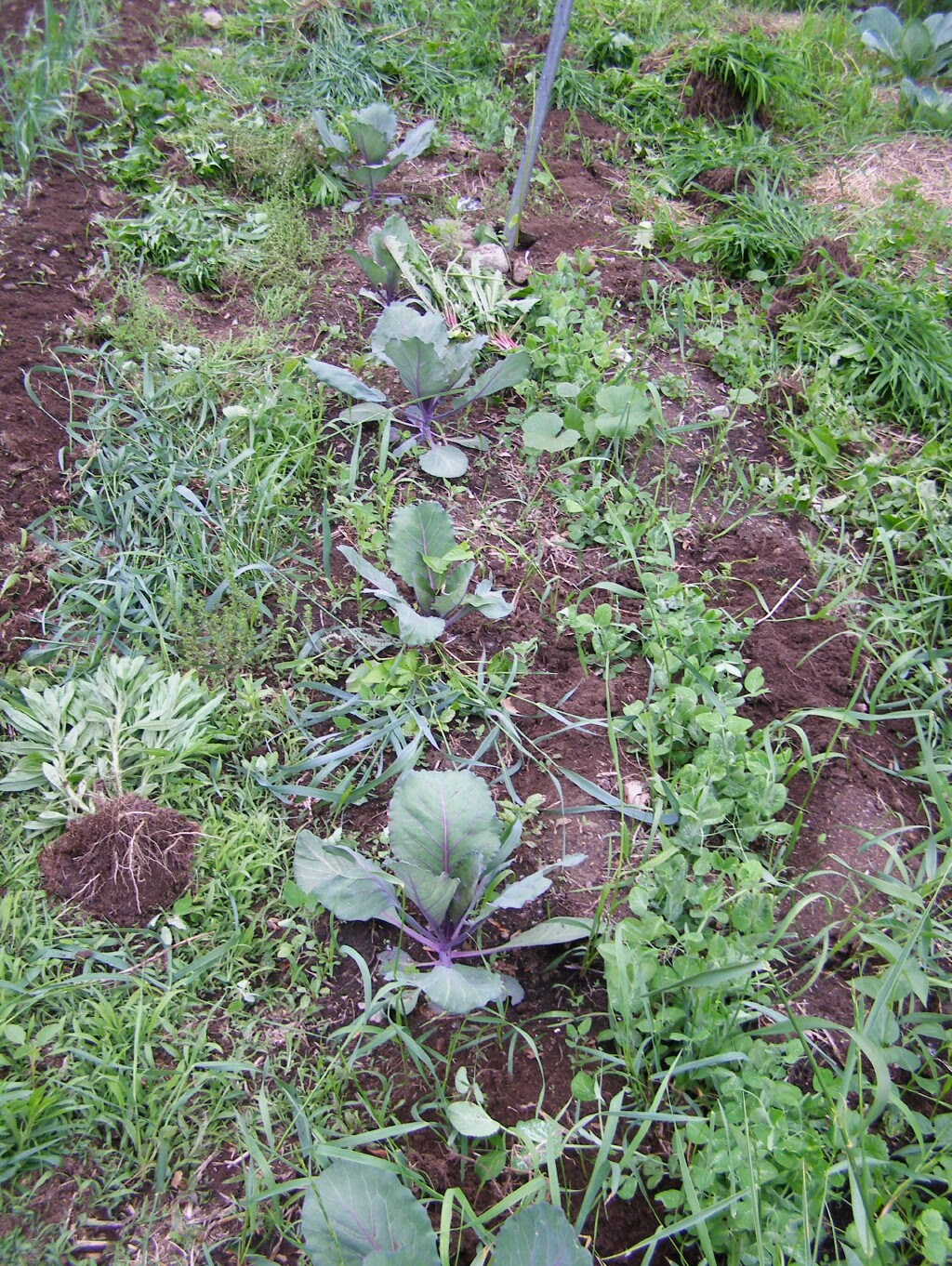 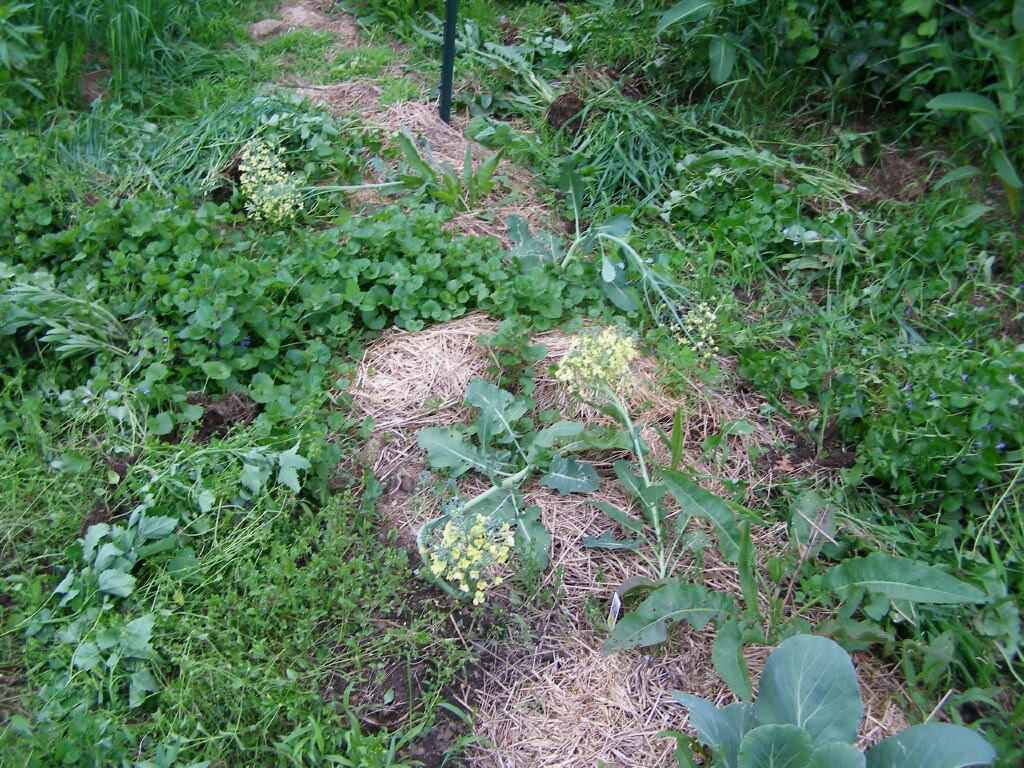 I do have a pretty nice milkweed patch forming...I hope there are Monarch Butterflies taking advantage of it. 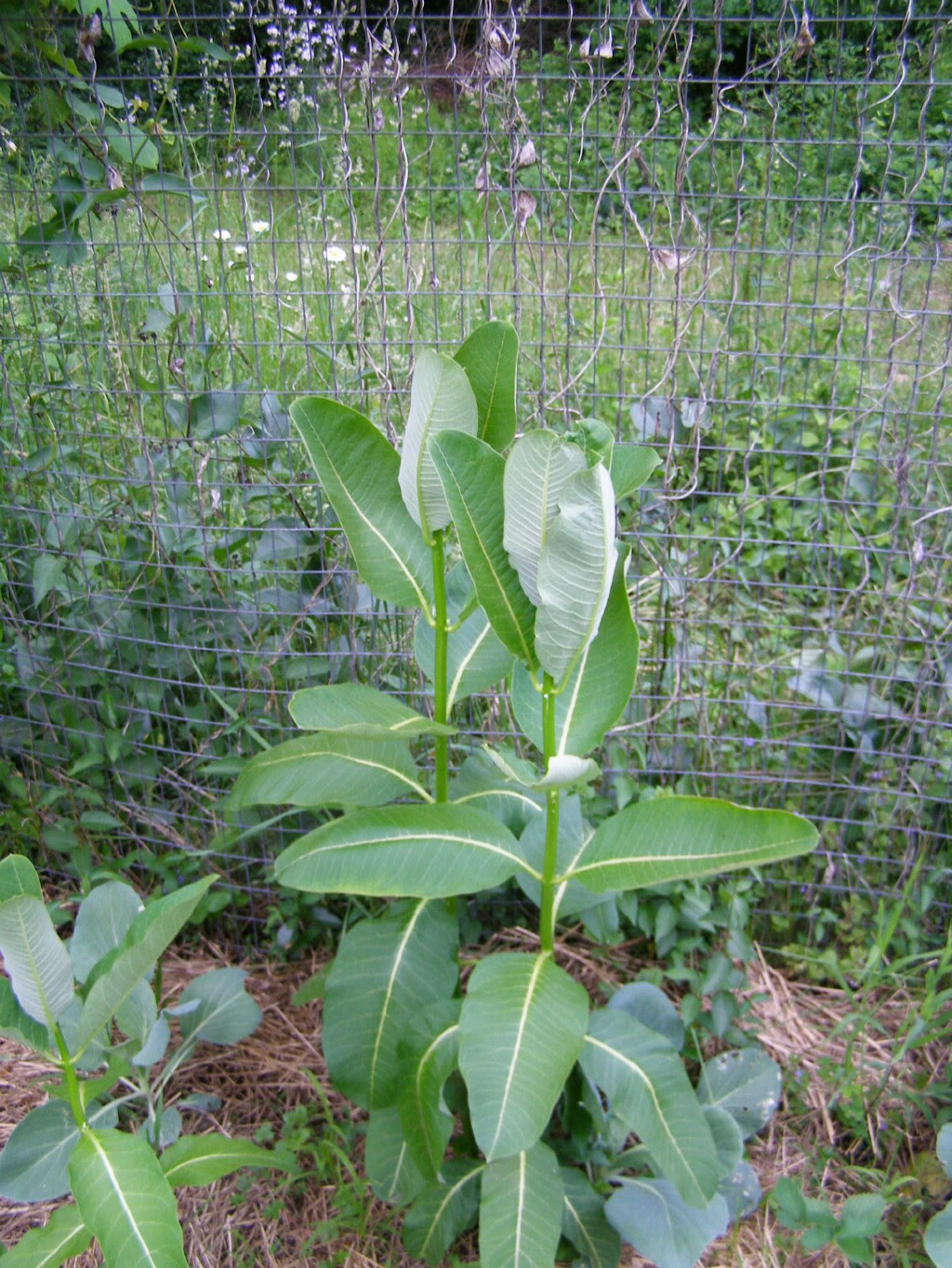 Hmmm...this corner of the fence needed cleaning up, and I was considering just spraying it -- but look at this, I got a nice wild grape vine growing. Thinking I'll clean this up and train that along the fence or maybe string a wire for it. 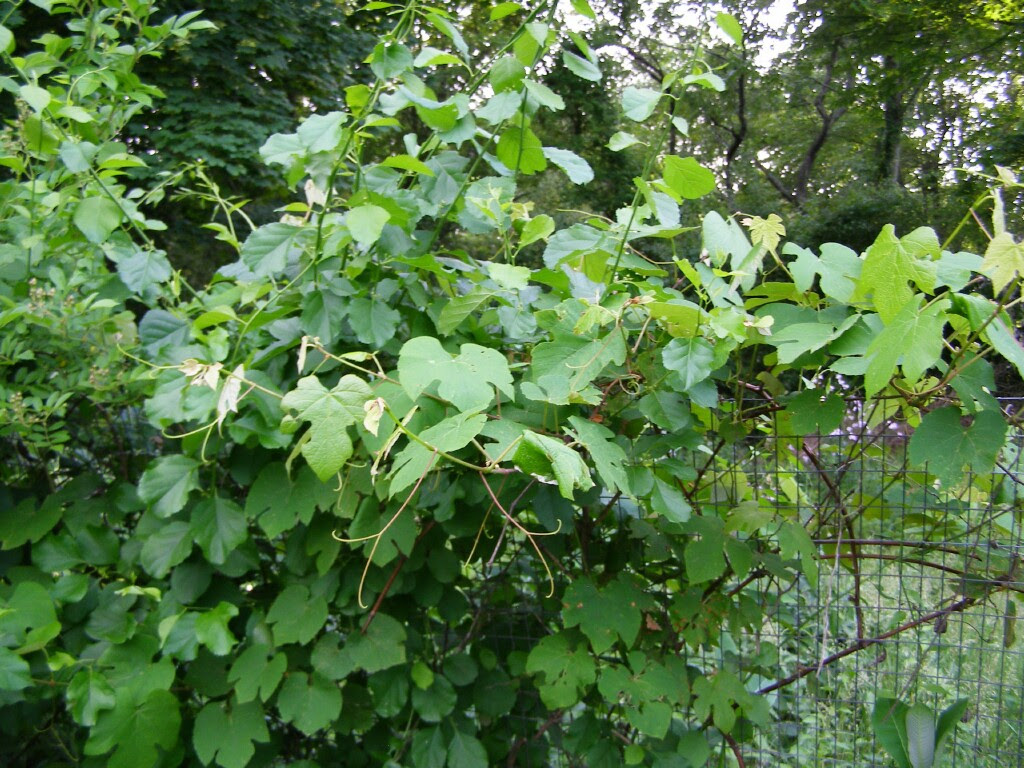 Beans will soon be climbing the fence...gotta get the deer scare wires up to keep them from grazing the outside. 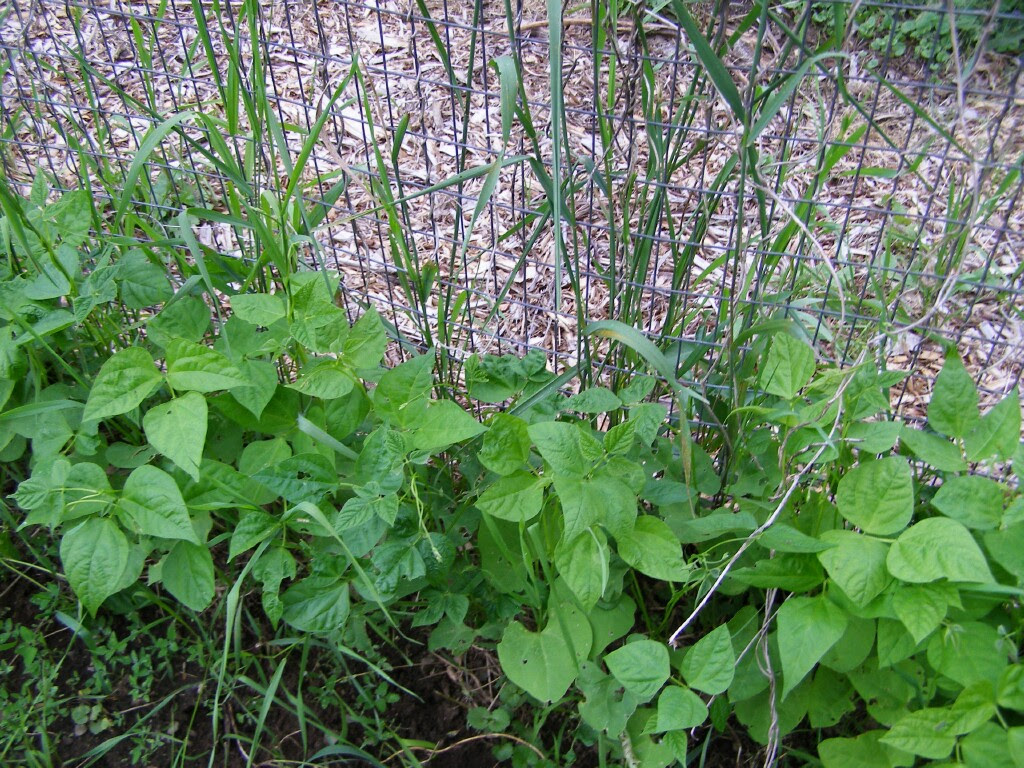 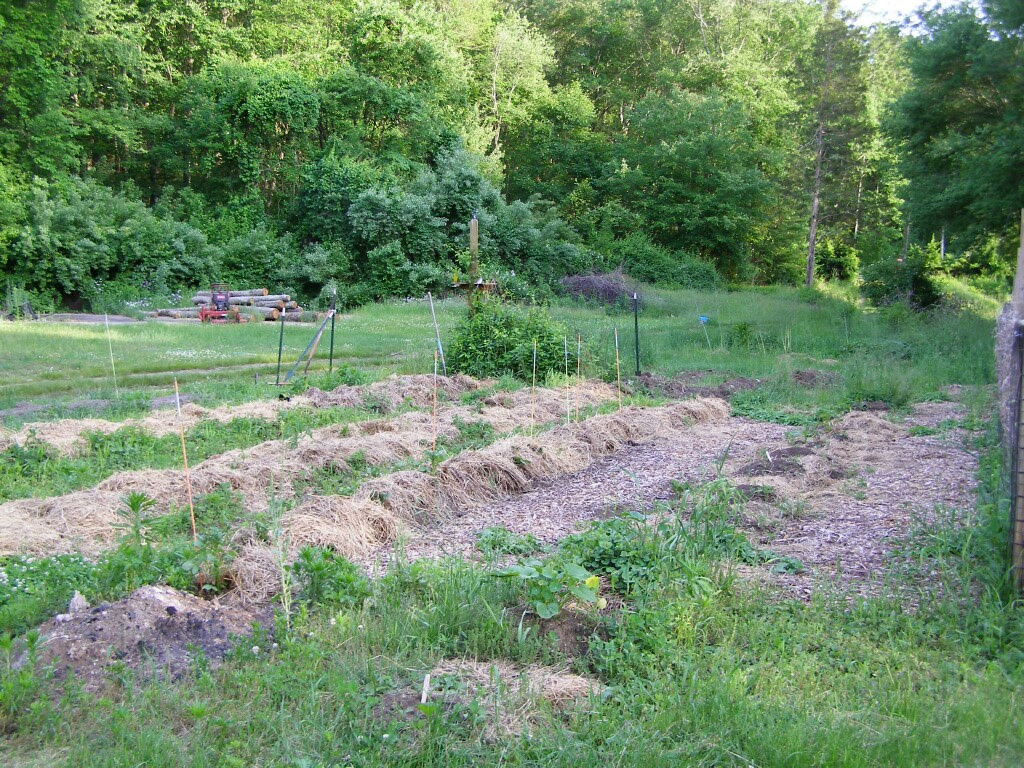 I planted Zukes & Summer Squash *real* early (May 1st?)...so that a bunch of mounds didn't germinate didn't surprise me. Cheap enough to replant those. 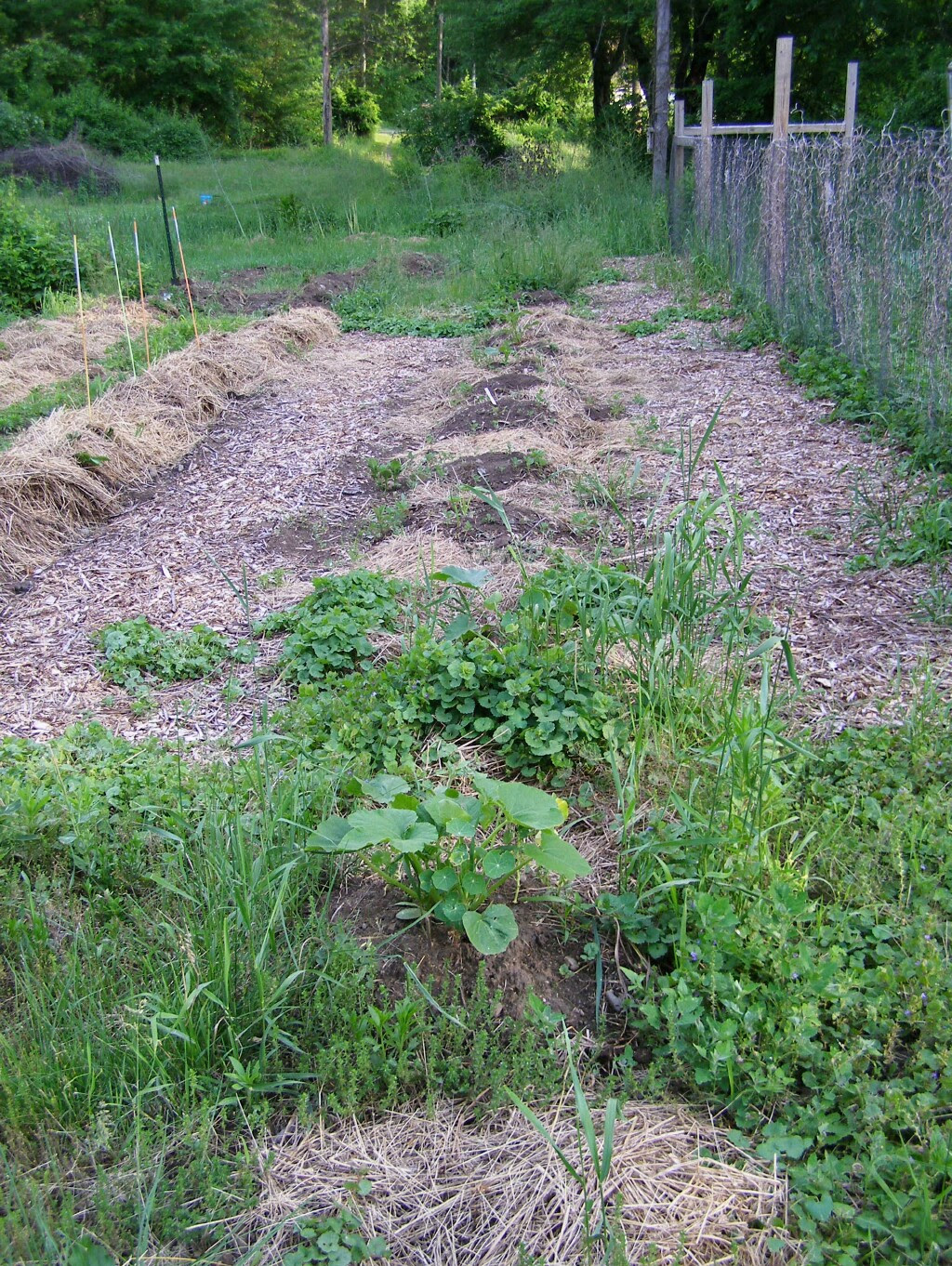 Tater row -- using driveway flags to remember where the species break. I expect a nice harvest, this is last year's summer squash row. Trenched, seed spuds dropped in, then dirt, straw, dirt, and straw...I think they'll like that mix. 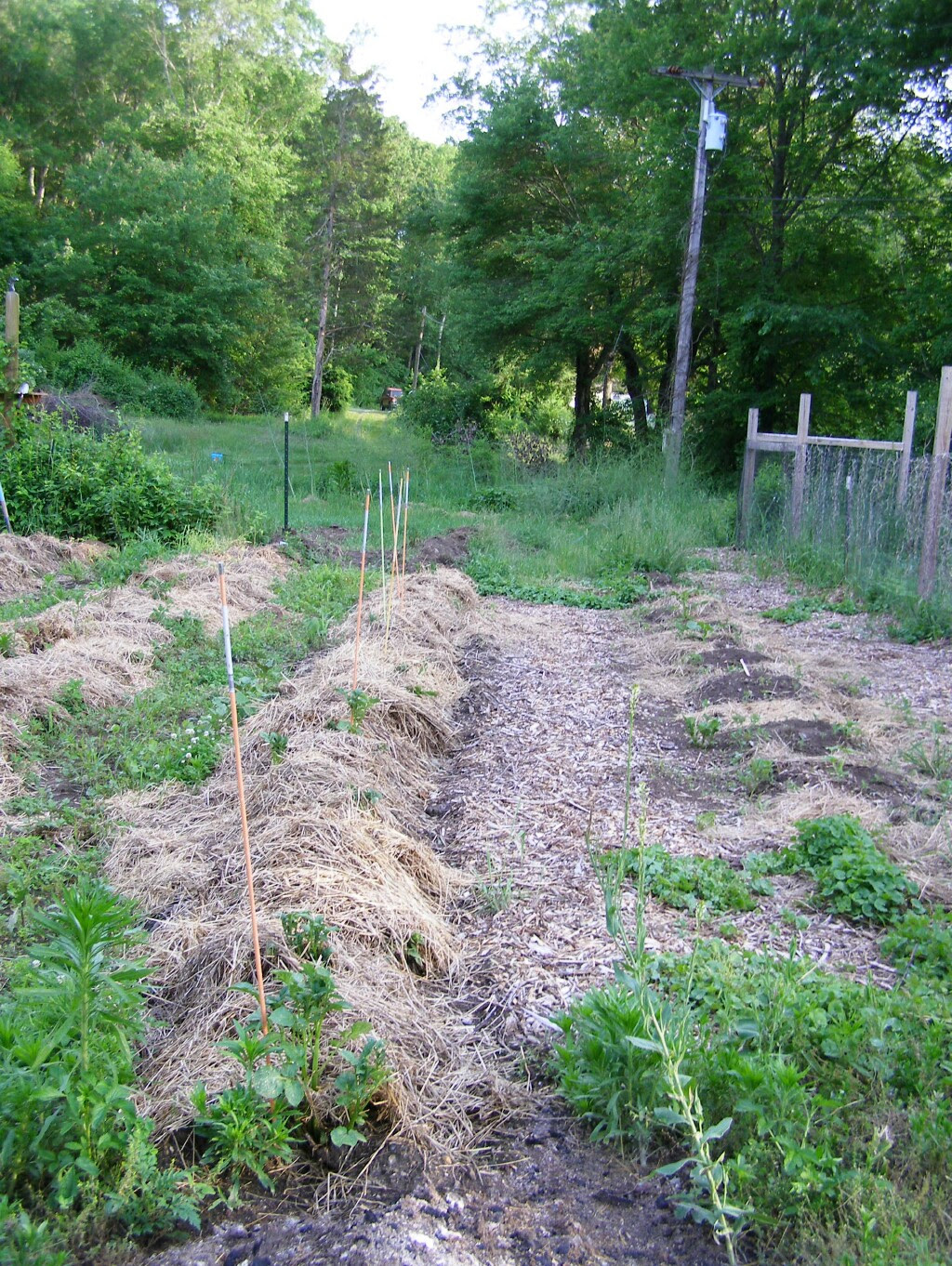 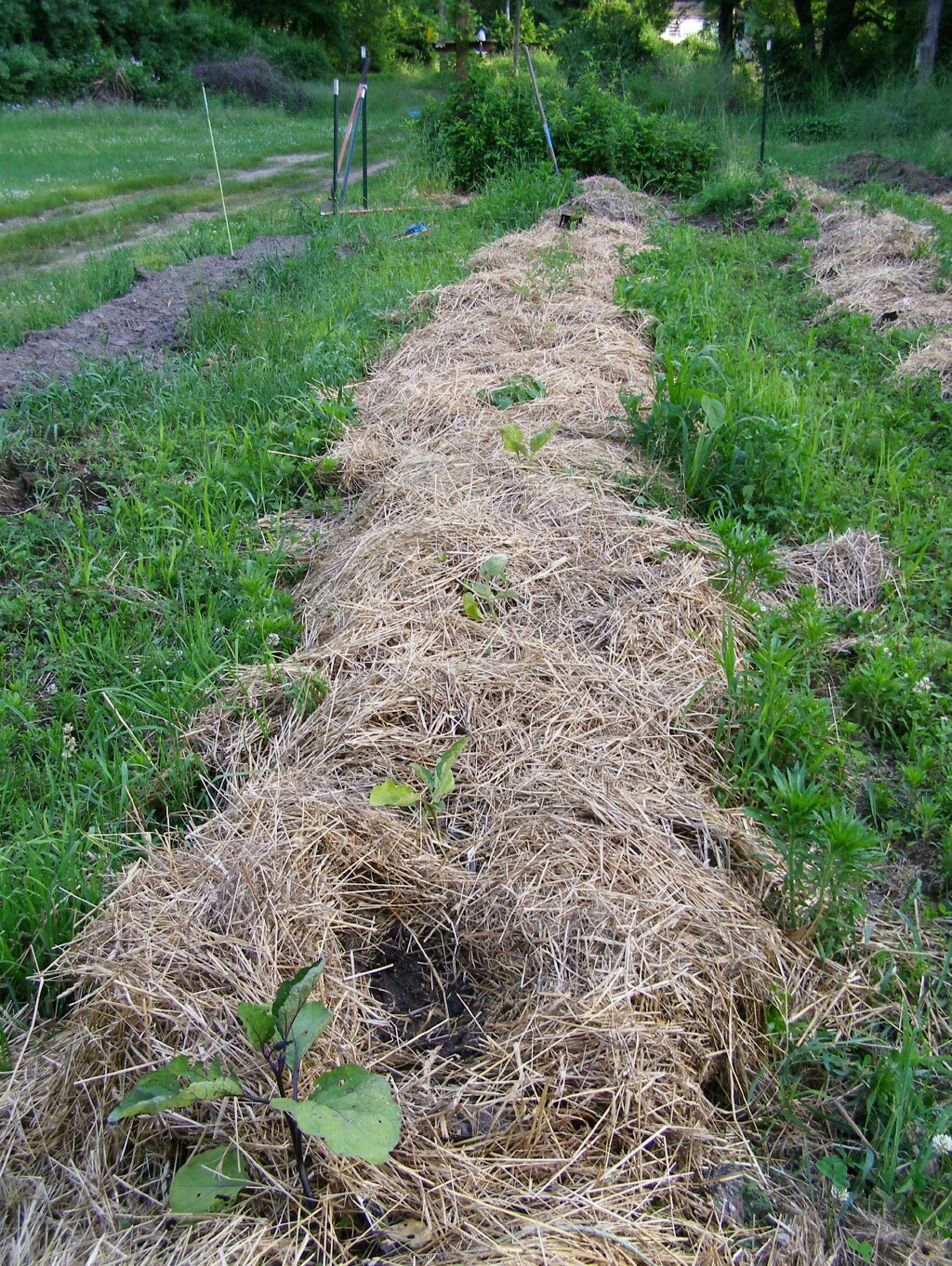 Simple trellis made with T-posts for grapes. Bought two plants at Agway (one white, one purple); I can fit several more plants on this row eventually. For now I've planted some wildflowers. Really want to get some wood chips to deeply mulch this eventually.

I'll put up another tall T-post in the middle before I string the trellis wire. 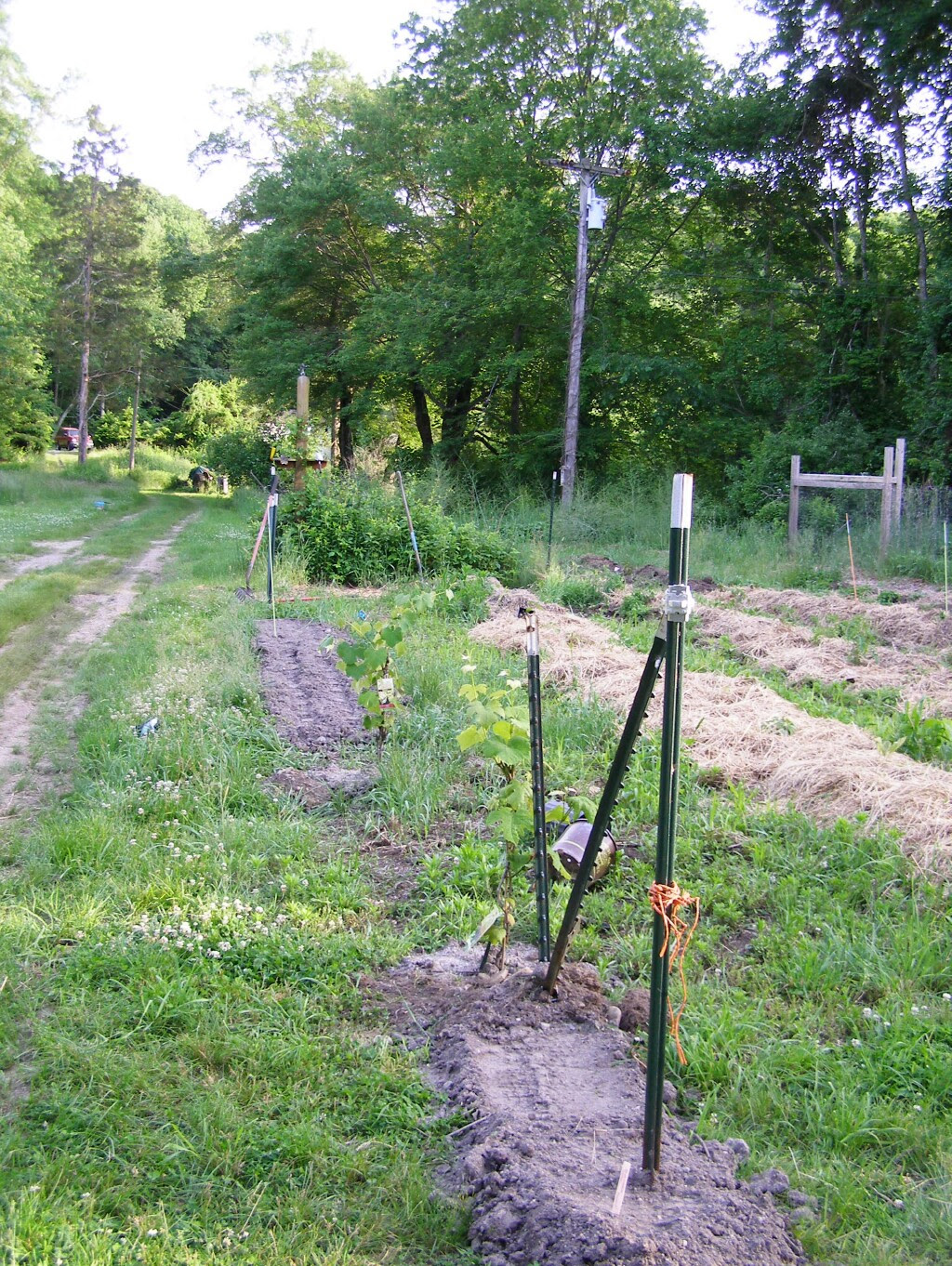 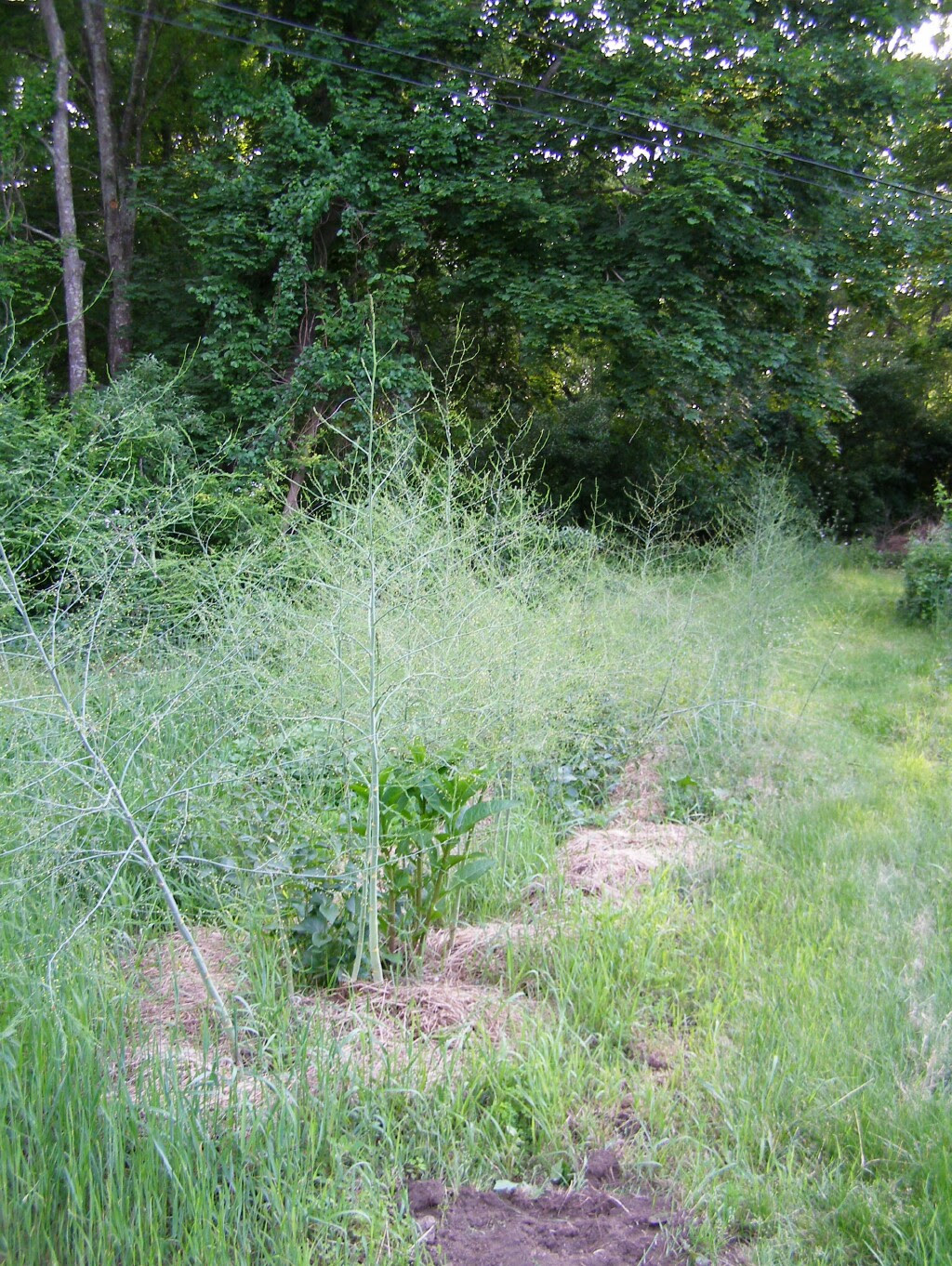 Working on re-building a couple beds. My raspberries failed badly the last two years (something must've infected them). I'm re-orienting them into the new rows, and the rows are wide enough so I can mow between. Would love to have a big enough free wood chip supply to fully mulch the paths. 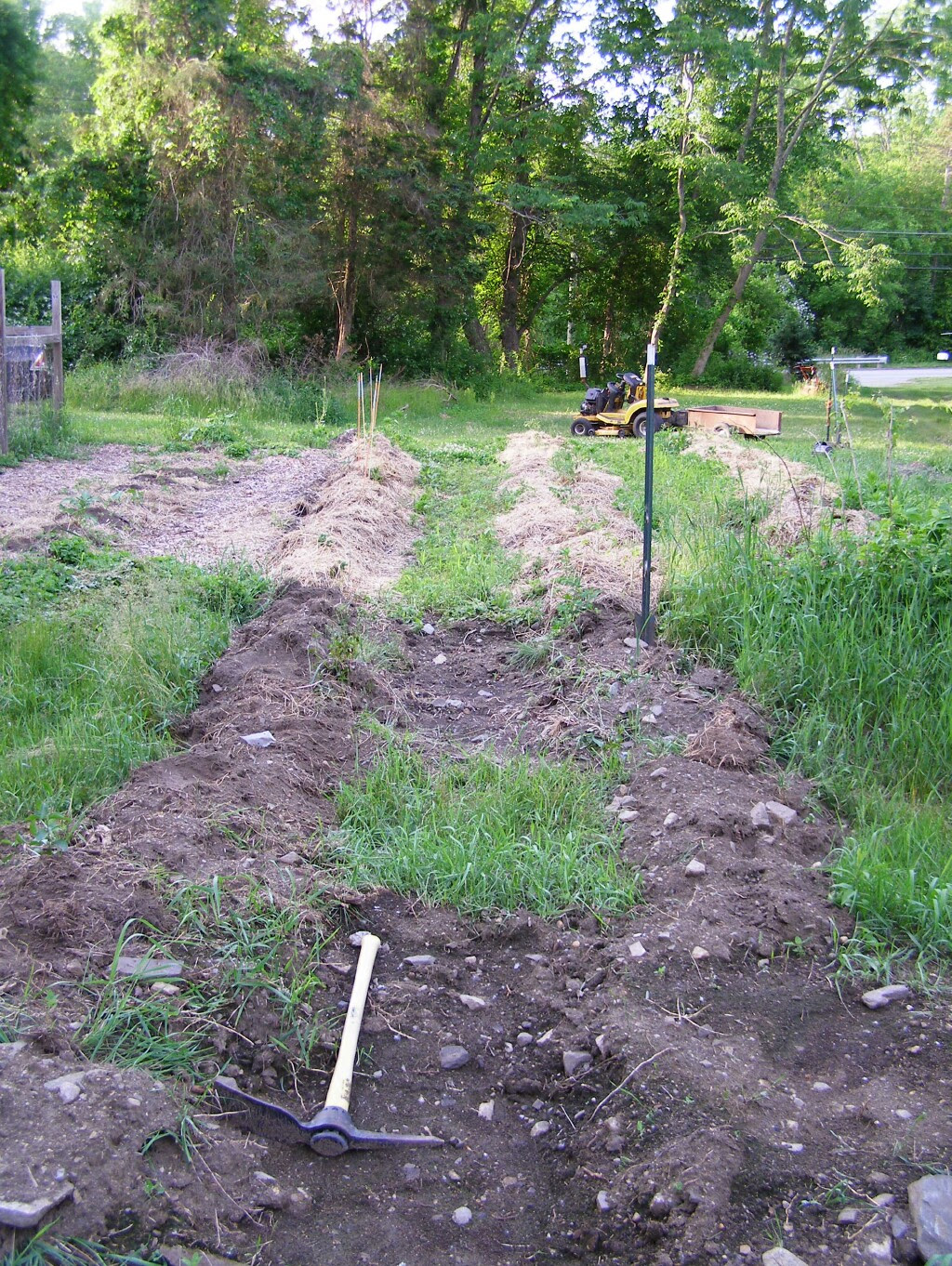 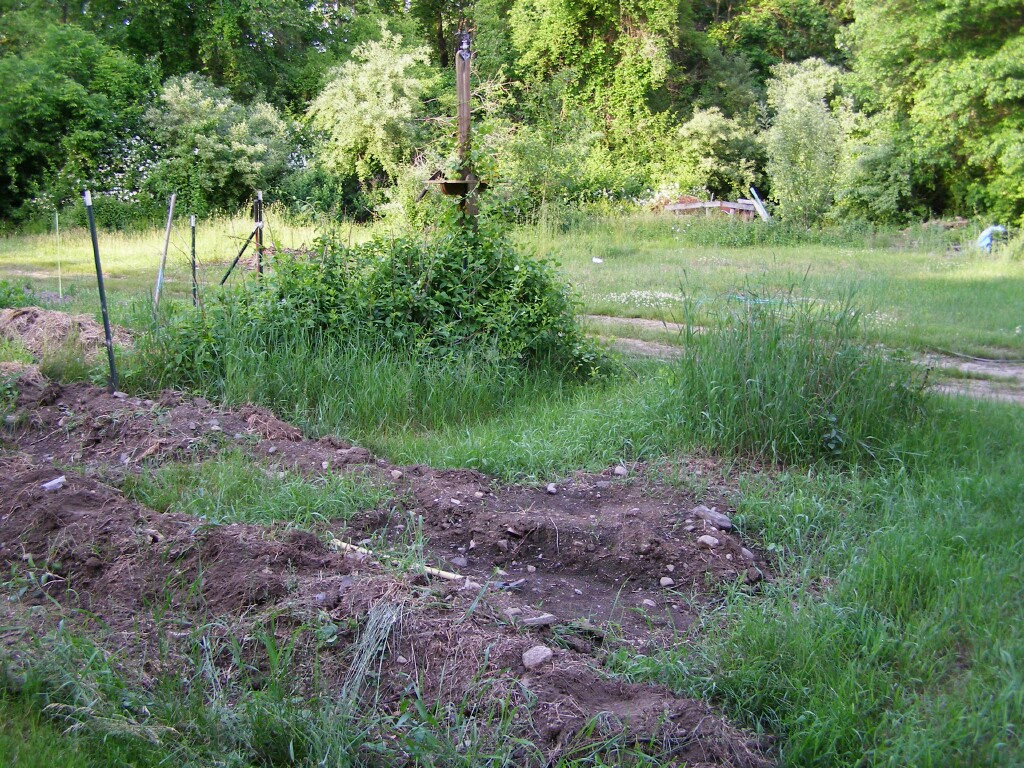