4" of wet snow today...mower did great plowing it.

And it's time to catch on pics for the first half of January:

Unlike the perimeter bookshelf that I simply rested on top of the eye-screws lagged into the studs, I used my new router to make a groove for them to rest flush in: 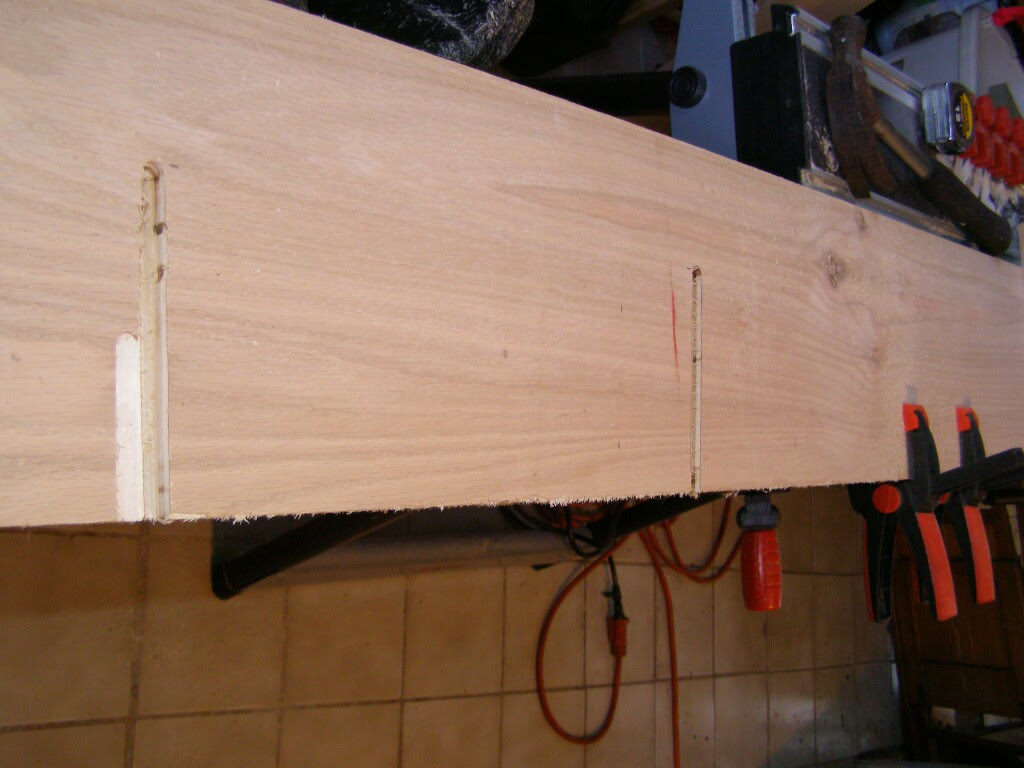 I cut the eyes off the screws after lagging them in: 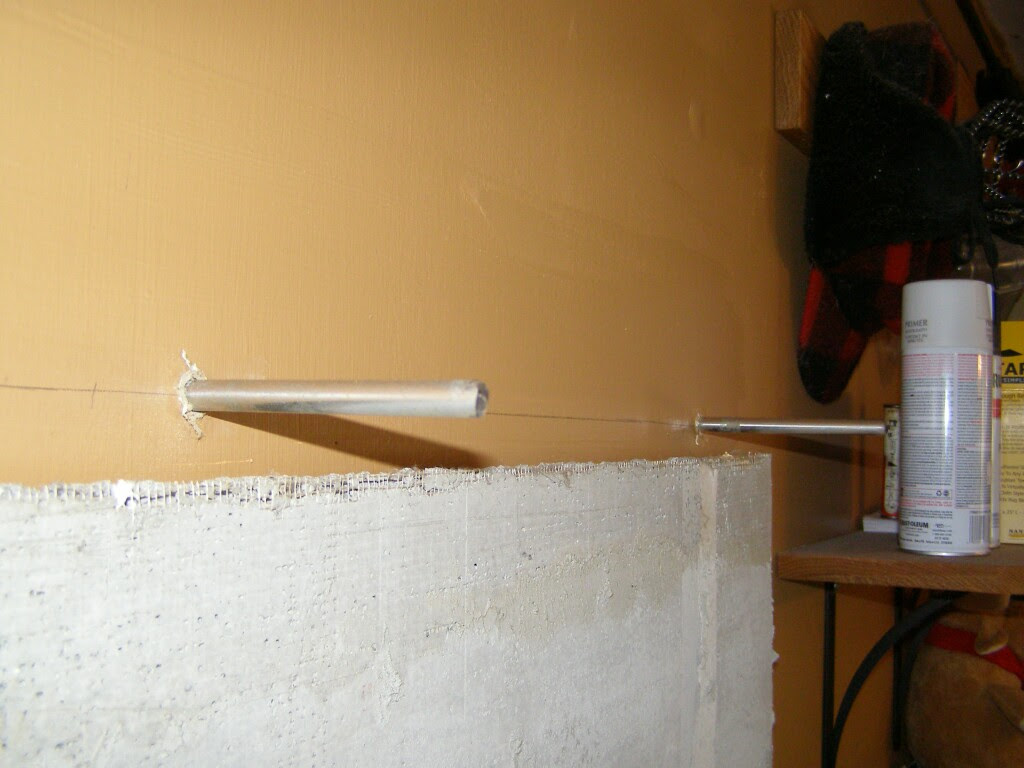 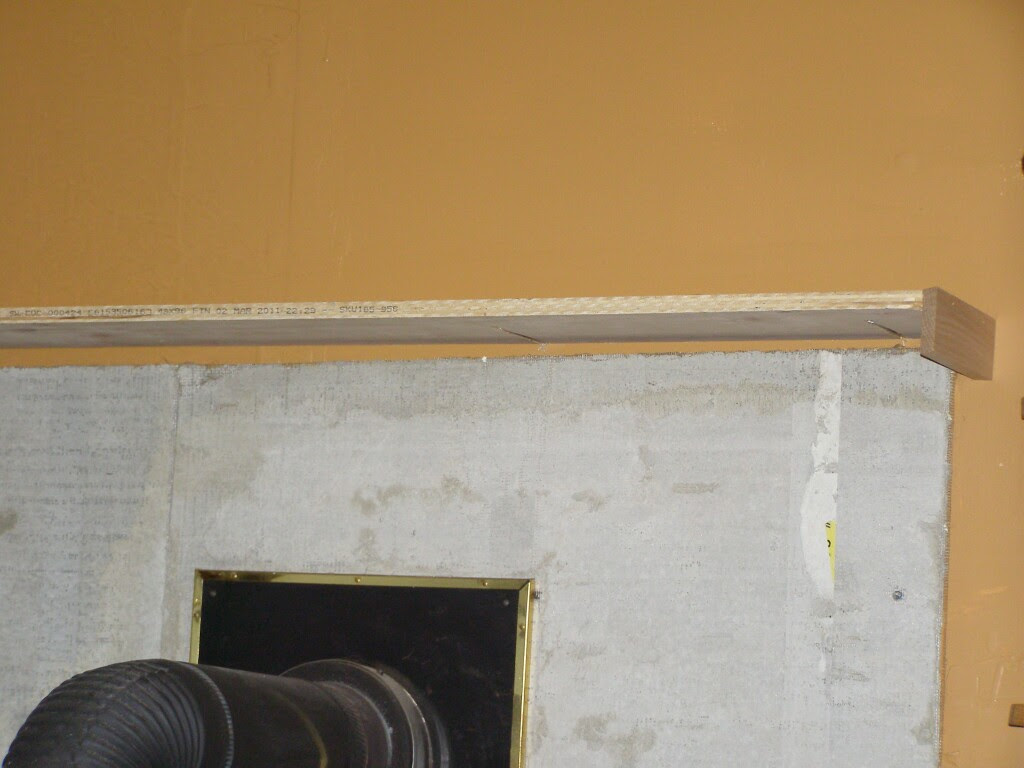 Decided it needed a piece of trim around the top. Nailing it down wasn't enough, so I set a bead of wood glue -- then realized the four clamps I had weren't enough!!! Had to run across the street to the hardware store and buy a mix-and-match from their economy tool table: 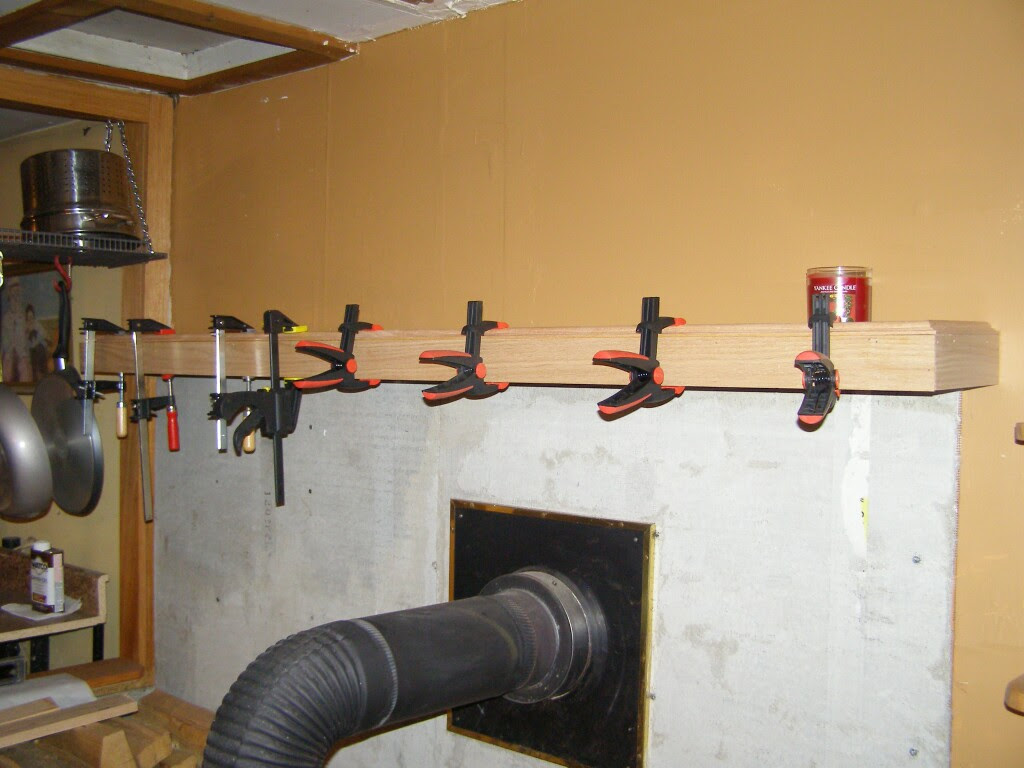 And with it stained...stonework this summer! 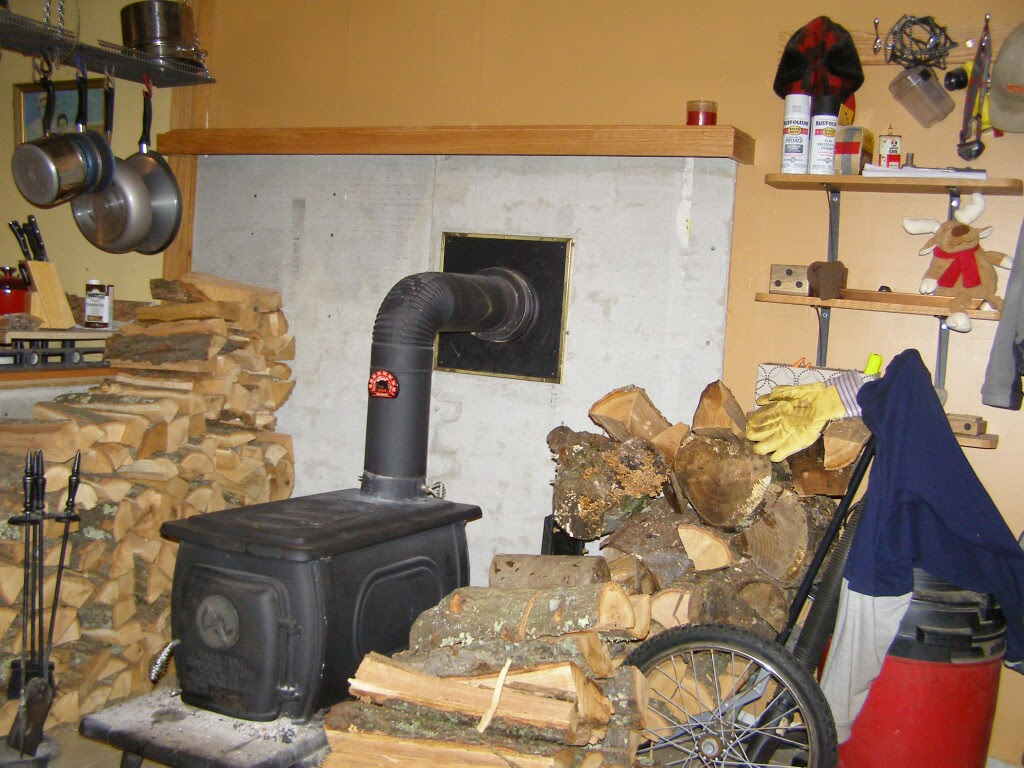 Made some stove-top chili slow-cooked overnight: 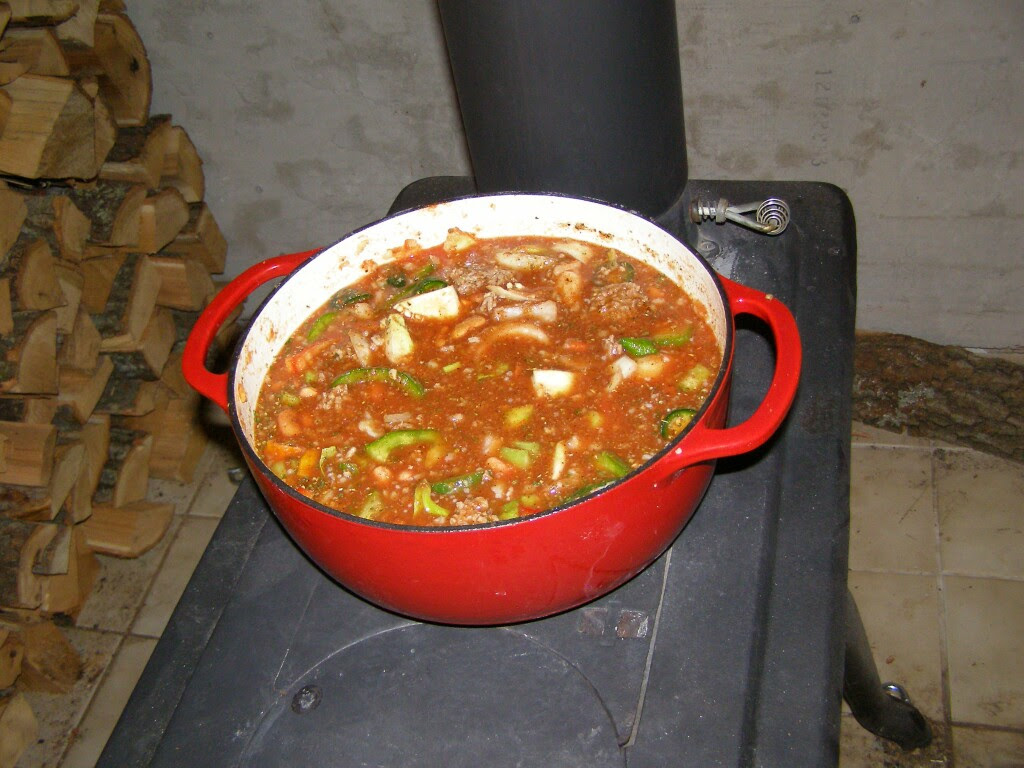 And while I've cut my wheat consumption at least in half since this fall...sometimes I splurge. Pancake time! 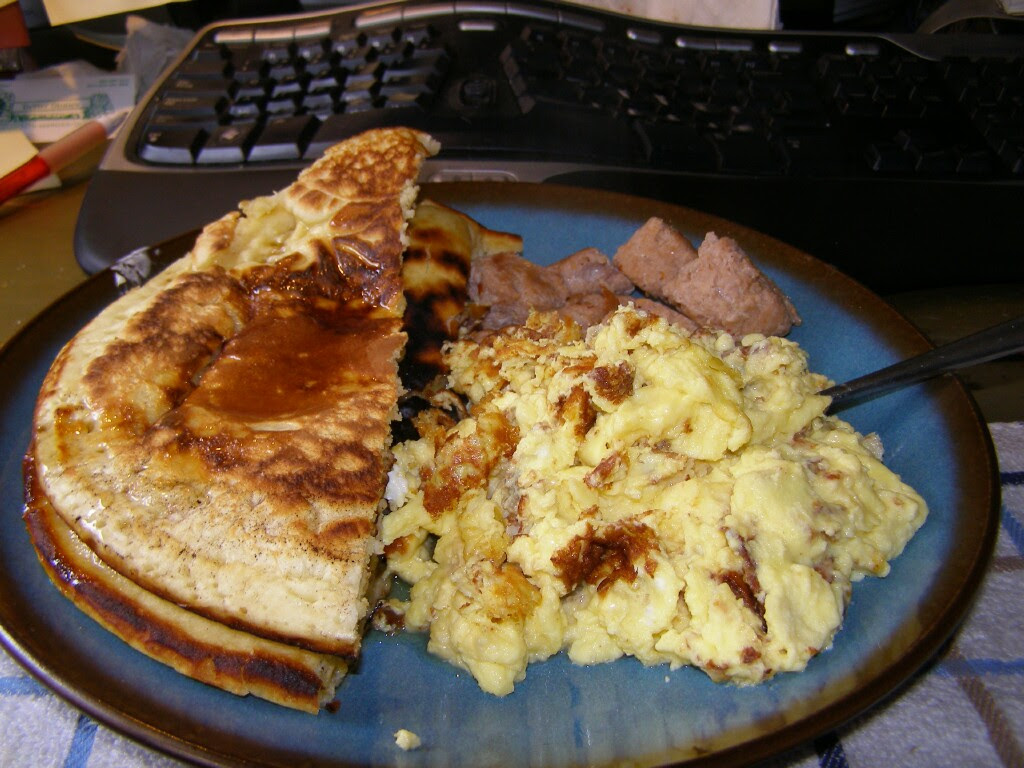 Who the heck was the engineer who designed this? Need to drill a hole to screw in the angle iron to reinforced the cantilevered part of the bookshelf. (Thank goodness I had a right angle adapter that was able to do the job). Done! I will hide the angle iron some how...maybe just paint it to match the wall when I paint it? 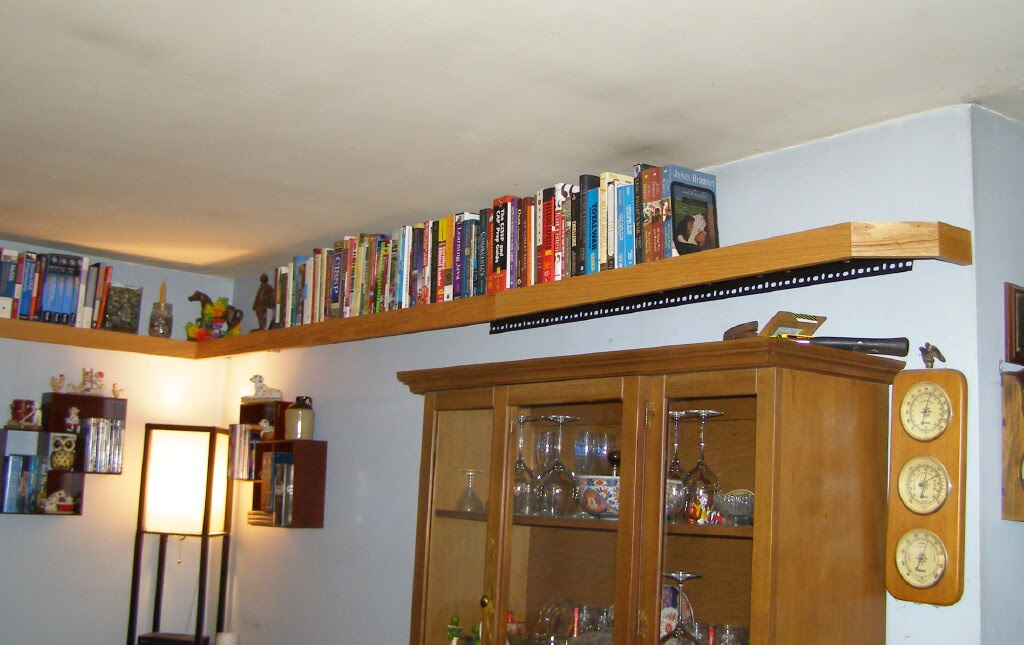