Was actually supposed to be dinner last night, had the steak marinating, but I ended up eating a sandwich at 4pm when I got real hungry and didn't feel like dinner: 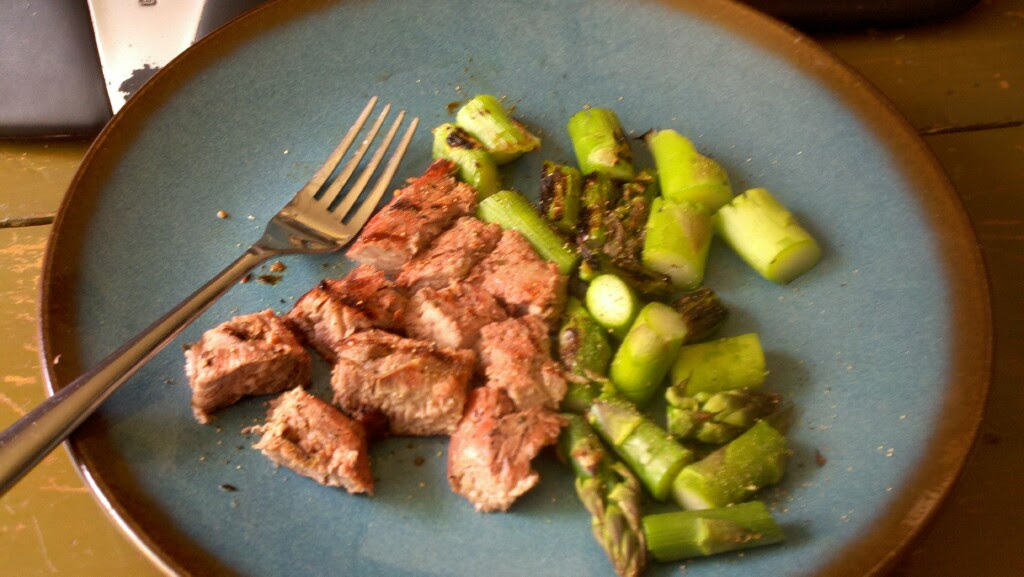 Steak isn't anything special -- just some local London Broil from Cambpell's Farmstand, but the first asparagus was SPECTACULAR -- quite frankly the best I've ever had. Usually the asparagus flavor is overwhelming and I can only eat a couple spears. This stuff was a much more diffuse flavor -- each piece tasted like asparagus, but not intense. I could've eaten it till my belly was full!

Steak marinade: Olive oil, fresh squeezed lemon juice, parsley, basil, Badia steak seasoning. Put in a ziploc bag, and flipped every so often. Was supposed to be in it ~12 hours but ended up more like 28 hours because I didn't make it for dinner as originally planned. Seven minutes high, flip and five minutes medium.

Asparagus was just thrown on the grill on high, couple minutes and turned.