Nothing that interesting in the last two months, at least when I had a camera handy :)

Hauled in two loads of Ash today, I figure about 1/2 cord total. This is the "good stuff" -- it has about 24 million BTUs per cord, compared to the Red Maple I burn the most at 18 Million BTUs.

Last weekend I brought down two loads of Red Maple, since that usually good for early and late season, and I keep my Ash & Red Oak for January and February.

Of course we get a bitter cold snap -- Thursday morning it was 5º overnight! 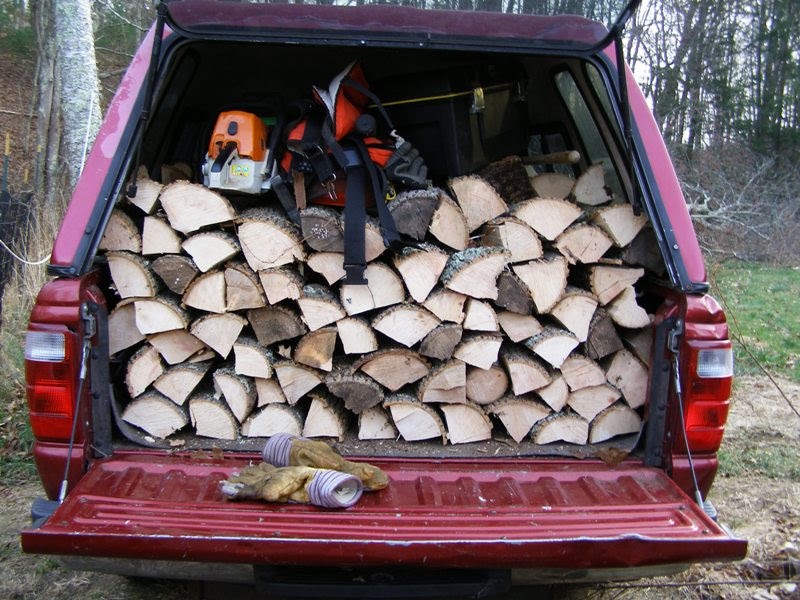 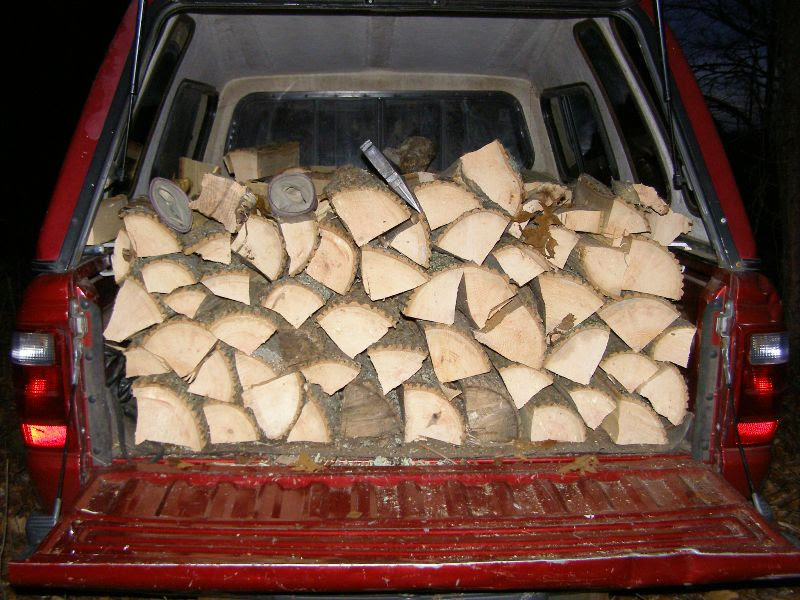 Second load I finished around 4:30, late enough I needed to use the flash to take the pic.

Next couple days are supposed to be a mess -- freezing rain overnight, followed by about 2" of rain over the next two days.
Posted by Matt at 11:09 PM