Rabbit damage is under control. I've identified at least three litters from Momma based on their size -- Momma and the other I shot (whose sibling has wised up and moved out of the garden it seems), plus I shot another smaller then those. Saw one real little one earlier this week, not much bigger then a chipmunk. We'll see if she lives long enough to be a big enough target.
Weeds are growing like...weeds.
The Sunflowers & Pole Beans look like a failure, as well as a lot of the bush beans, thanks to rabbit damage. Rabbits even ate the flower buds off the daylillies in the vegetable garden!
Some 'maters bursting from their cage: 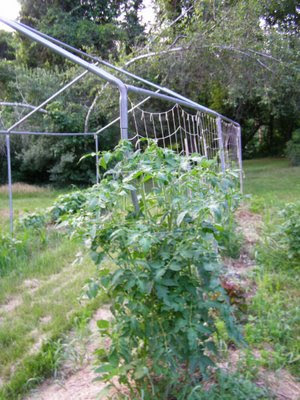 Weeds not eaten by the rabbits are doing good: 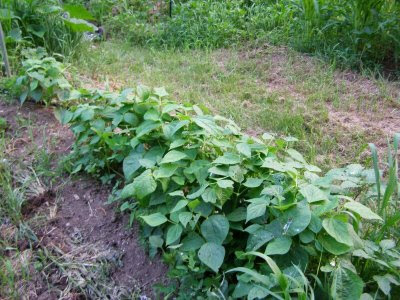 This corn is a bit short for the variety; the right row is maybe 6" low which isn't bad, but by the left is real short. It's setting tassles, which jives with my notebook that says around the 2nd week in August I should have corn from these. 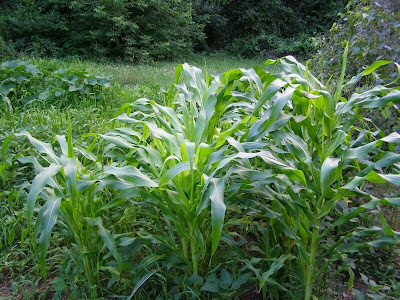 First Kiwi Gold raspberry of the season. They get sweeter, but I don't mind 'em young :) 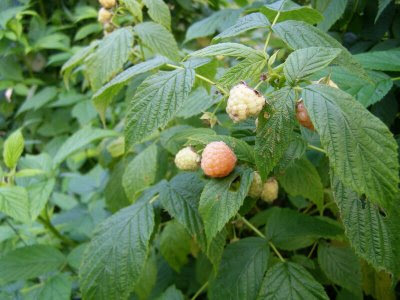 Yellow squash is a bit spindly from growing under the row cloth, but seems to be recovering nicely. 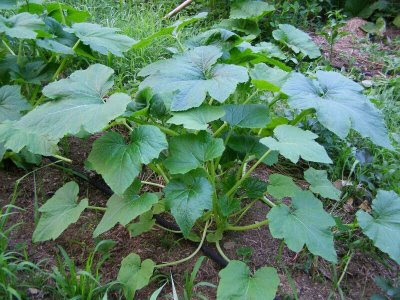 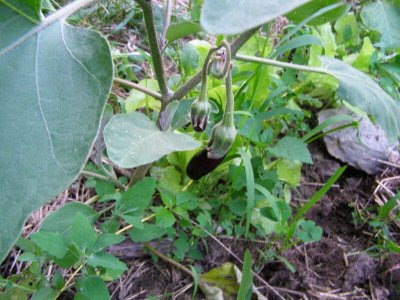