Thoughts on The Donalds win...

Promised myself I'd go to bed at 10pm, then I noticed the numbers were looking...surprising and not surprising?

Anyway what I wrote on Facebook when I got up this morning after going to bed at 2:30am having watched in a bizarre combination of feelings. Hillary Clinton managed to lose to Donald Freaking Trump...which conversely means Donald Freaking Trump is the President Elect...it's like a perpetual motion machine powered by simultaneous glee and despair. 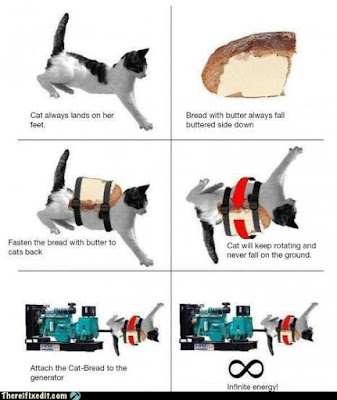 And it's not surprising then they get bitter, they cling to guns or religion or antipathy toward people who aren't like them or anti-immigrant sentiment or anti-trade sentiment as a way to explain their frustrations."

Since then there was spent a little less than $1 Trillion on the signature "jobs" program of the American Recovery & Reinvestment Act and $2.5 Trillion plus $10 Trillion in guarantees bailing out Wall Street.

Instead of fighting on jobs and wages when the Democrats had control of the White House and Congress they blew all their political capital on passing a healthcare bill not understanding modern politics in Congress would not allow it to be reformed later, that did not control costs, and let those hurt by rising expenses hang it around their necks.

For the last four years Bloomberg's been revving up a small, passionate community of upper middle class suburban moms to take away the guns -- now while gun control is to the left what abortion is to the right, when you look over those broad geographic areas of the country that are painted red on a county by county basis there are more people who have guns than uteruses.

Same with other social issues that the left was unable to coherently counter a narrative, fair or not, of attacking "religious" values, if they even cared to counter it in the first place.

Wasn't exactly a winning strategy there before the DNC became a subsidiary of the Clinton Foundation. It's not only cost the Democrats the White House and Congress, it has cost the liberals any hope of a liberal Supreme Court for a generation.

I am no fan of Trump, and I'm glad I live in a state where my vote would be swamped by Clinton supporters so I could happily vote for Johnson instead of facing a most unpleasant decision.

Seems to me another Democrat once said, "It's the economy, stupid." Didn't fix the jobs, rest of the agenda collapsed.

Now to see whether the Republicans can get out of their own way enough to shore up the working class and rural economies enough to cement in their political power for years to come.

And really good article by Glenn Greenwald that came out a couple days later:https://theintercept.com/2016/11/09/democrats-trump-and-the-ongoing-dangerous-refusal-to-learn-the-lesson-of-brexit/
Posted by Matt at 9:24 AM