From going through a bunch of old photos after Heidi's graveside service:

Arvid and a pony on Bermuda during the early years of WWII. Wish I knew the story of the pony. Uncle Ed seemed a bit bitter they weren't allowed horses or ponies on the family farm! 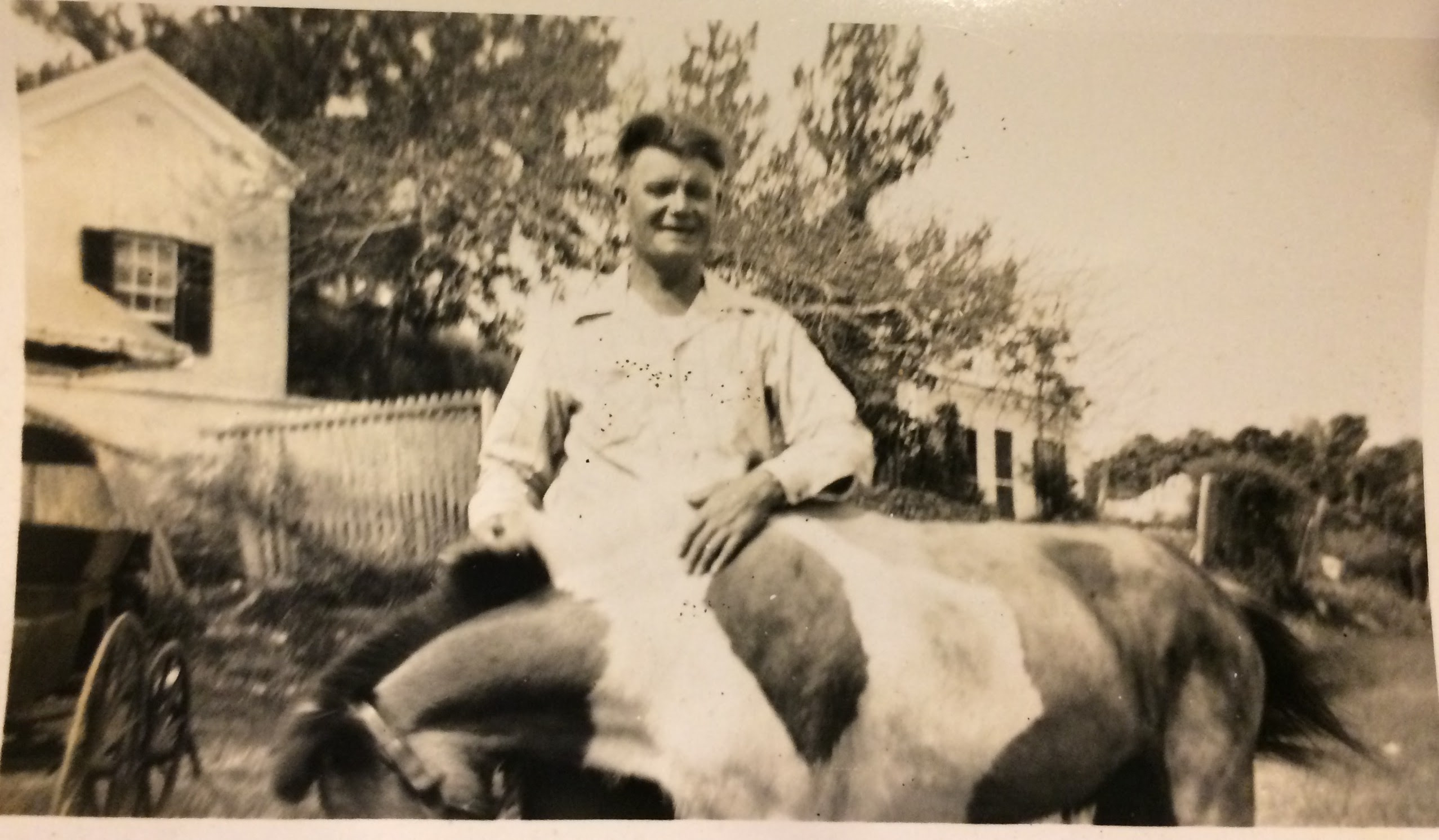 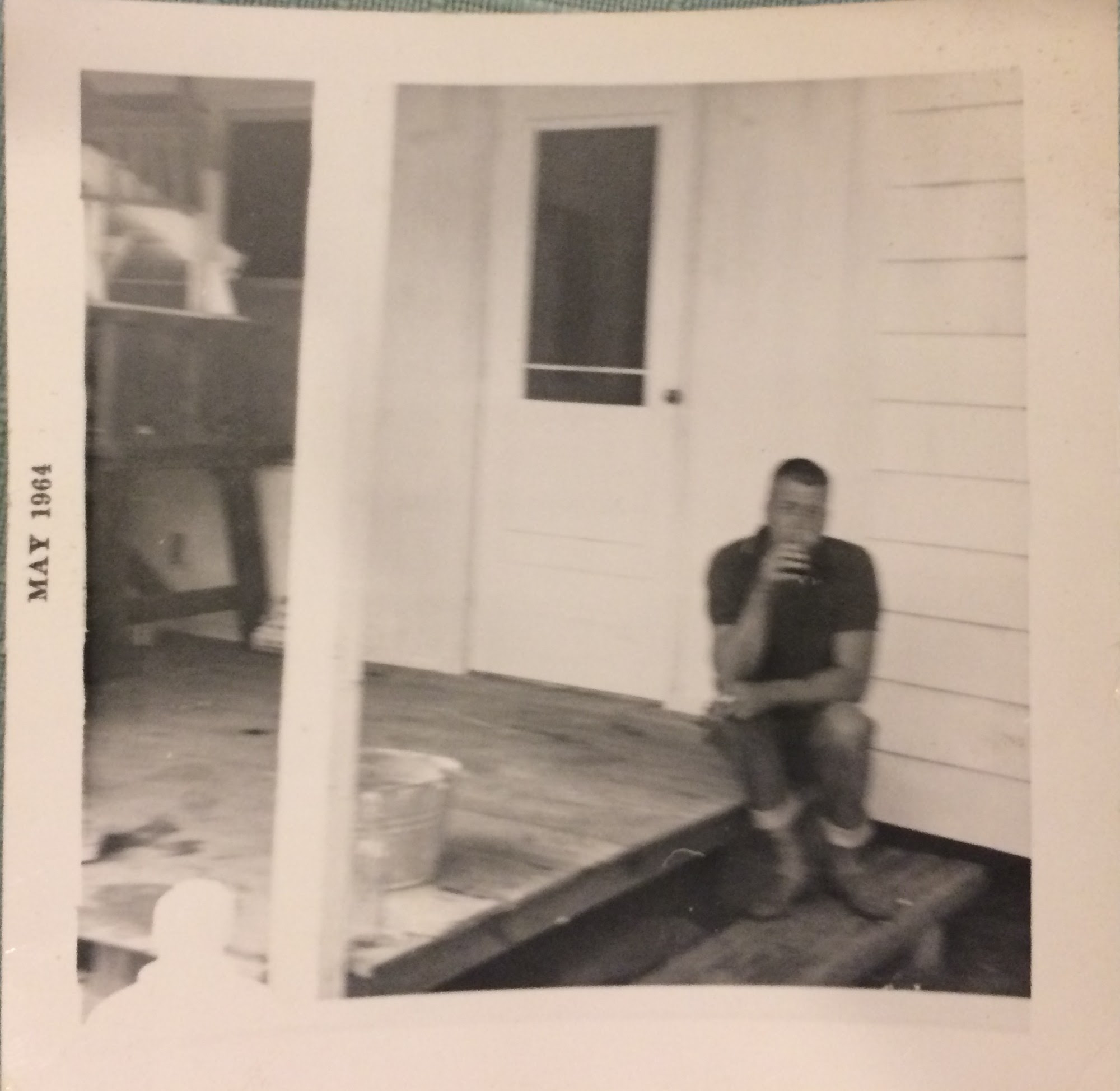 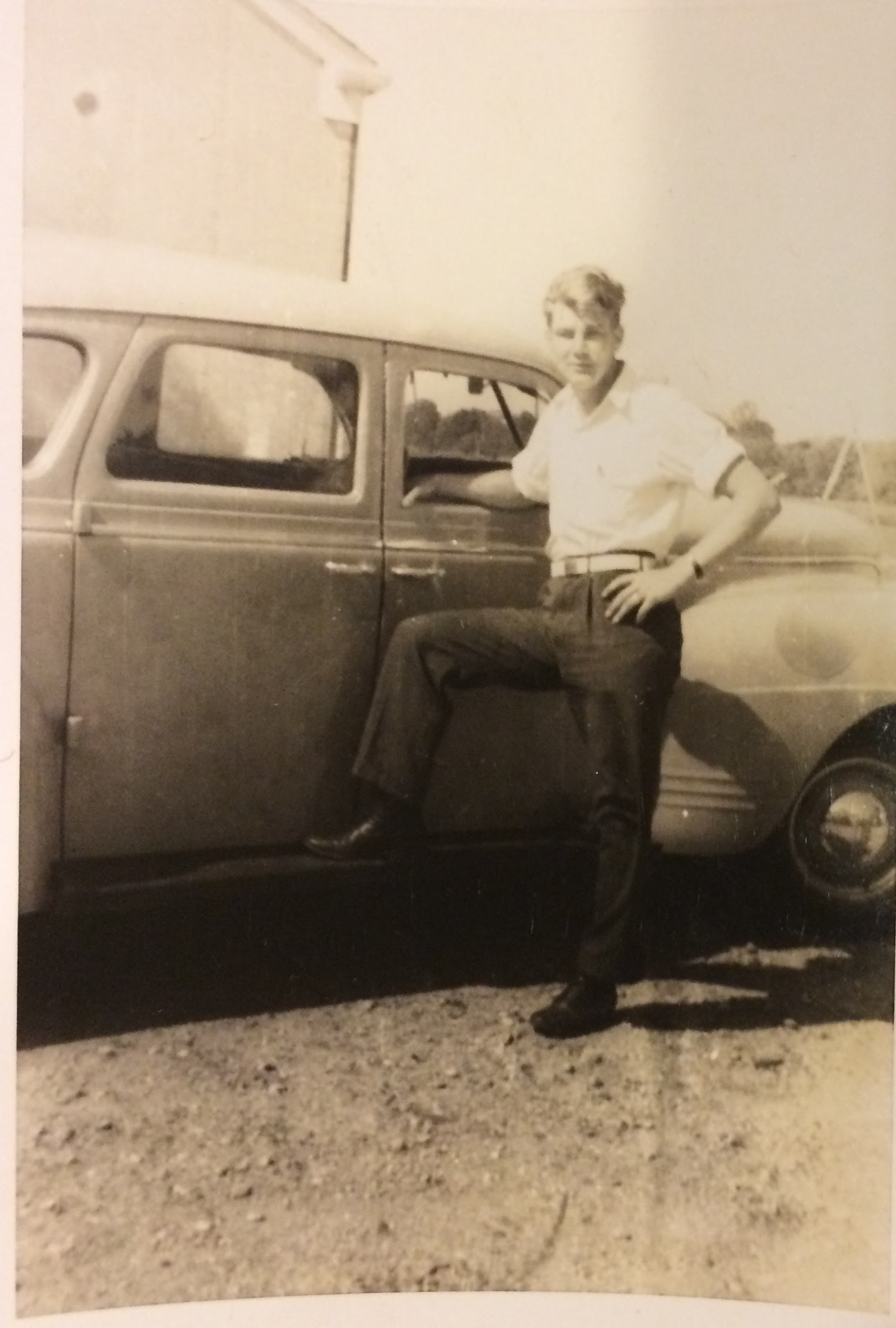 Dad, John, Ed, and Dick at Heidi's Wedding. Congratulations to Aunt Joy for being the only one able to make a Kivela boy wear a decent pair of socks... 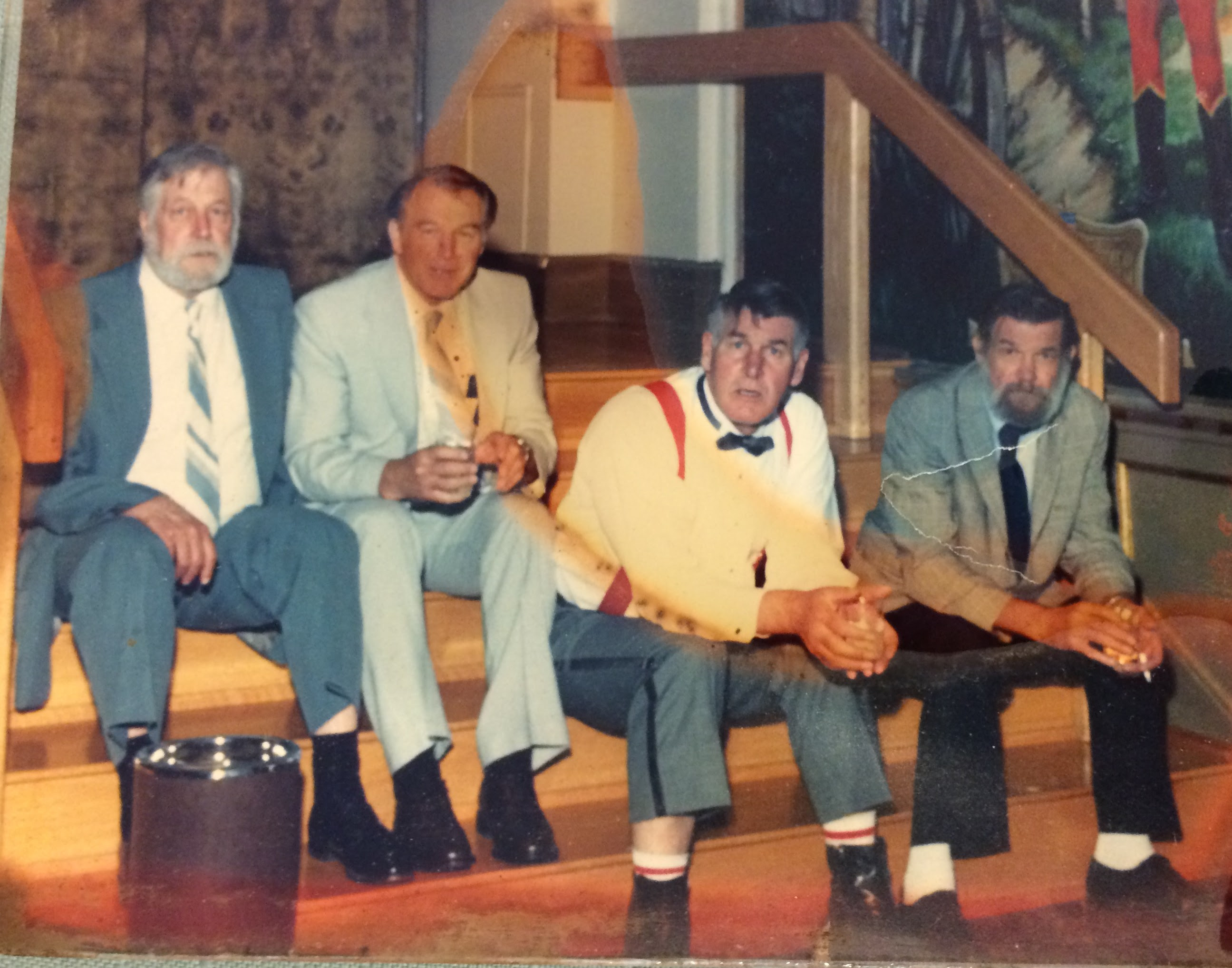 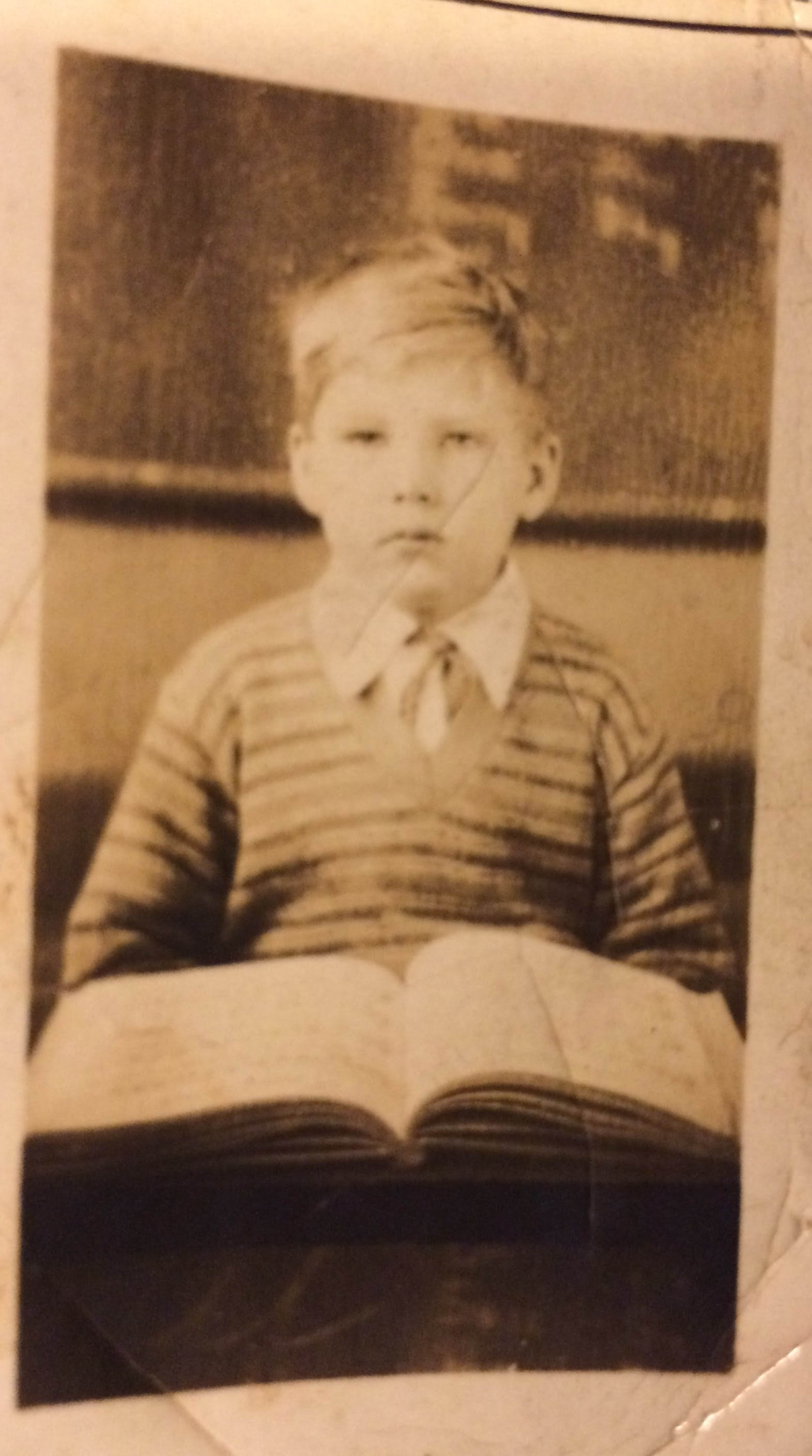 The two on left are Impi (second) and Lempi (sp?), Impi's sister on the very left. I **LOVE** Granny's expression and body posture in this, and the sunglasses probably help. She's a woman who had earned a high school degree when Finland was still part of Tsarist Russia (and hated that Russian officers took her paperwork away when inspectors boarded the ship she was emigrating on, though she just lost papers -- one of her friends was taken off the boat). Makes you understand why a popular reply from my grandfather to the kids' questions was, "Maybe yes, maybe no, maybe we go ask your mother." 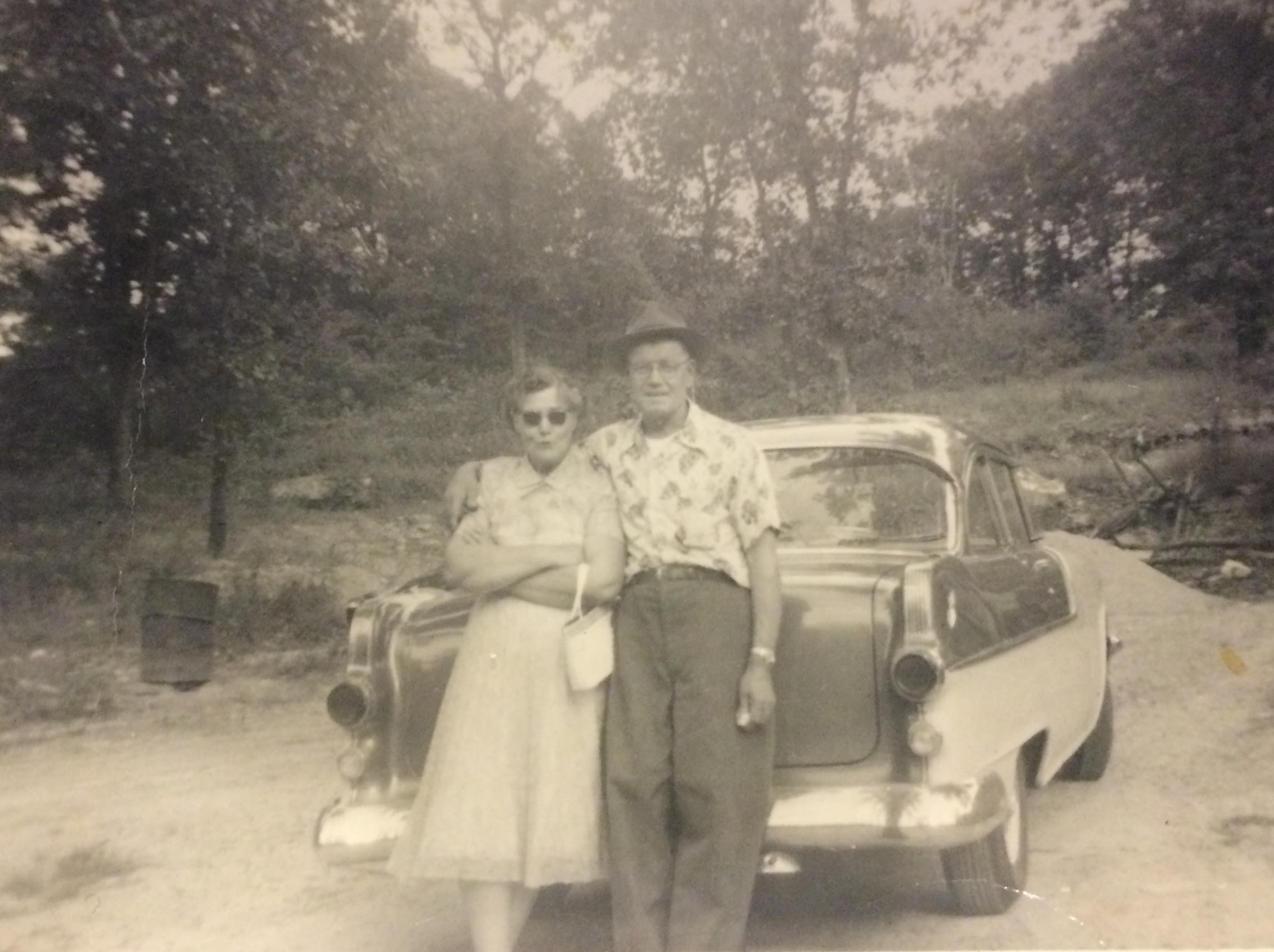 Uncle Ed thinks the dog's name was Feller -- this is the dog that would "rescue" anyone swimming in the farm pond. My dad told of neighborhood kids coming up and asking, "Mister, would you put your dog in the bard so we can go swimming?" If he saw someone in the water, he'd swim out, take them by the arm, and wouldn't let go until they were both back on dry ground. 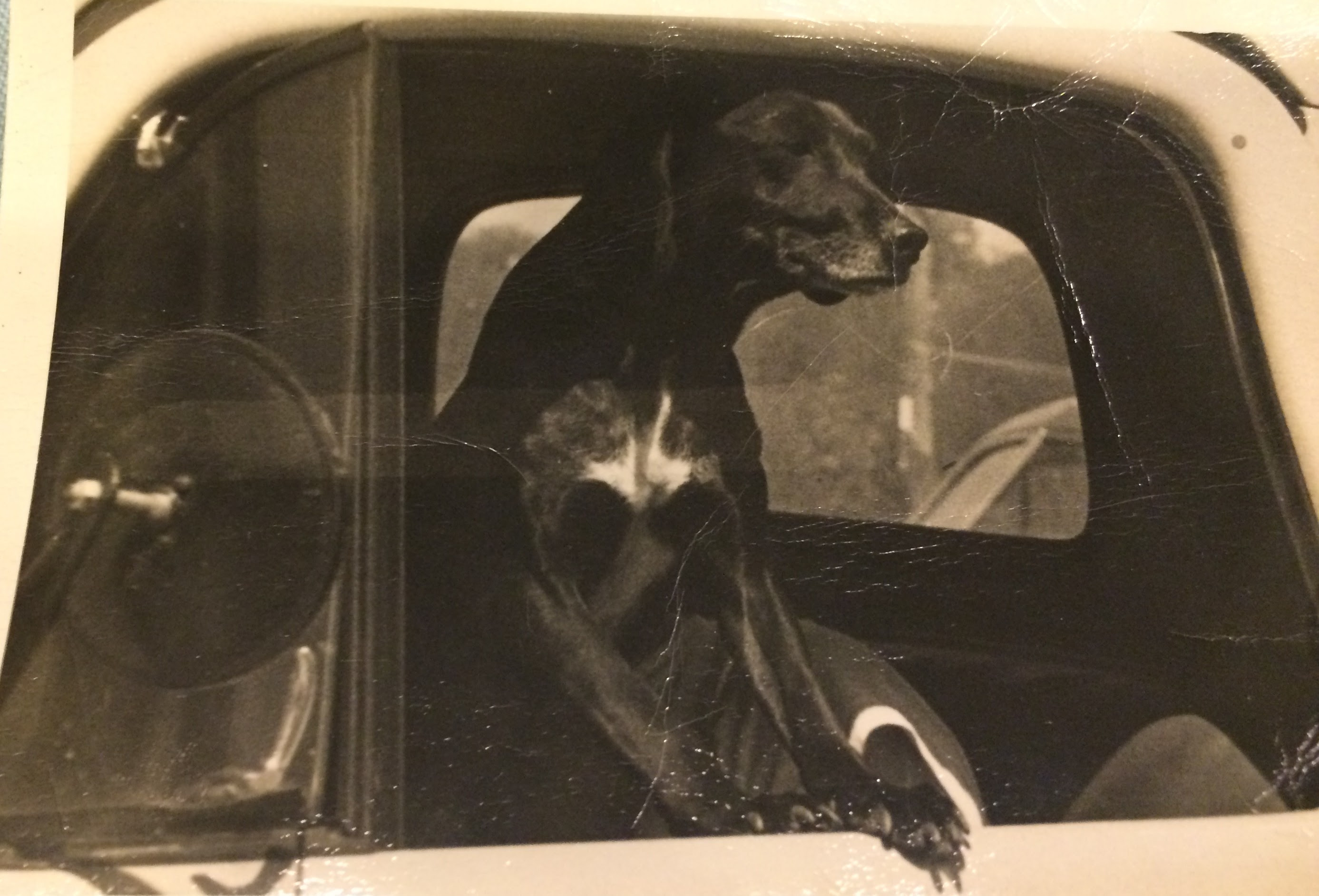 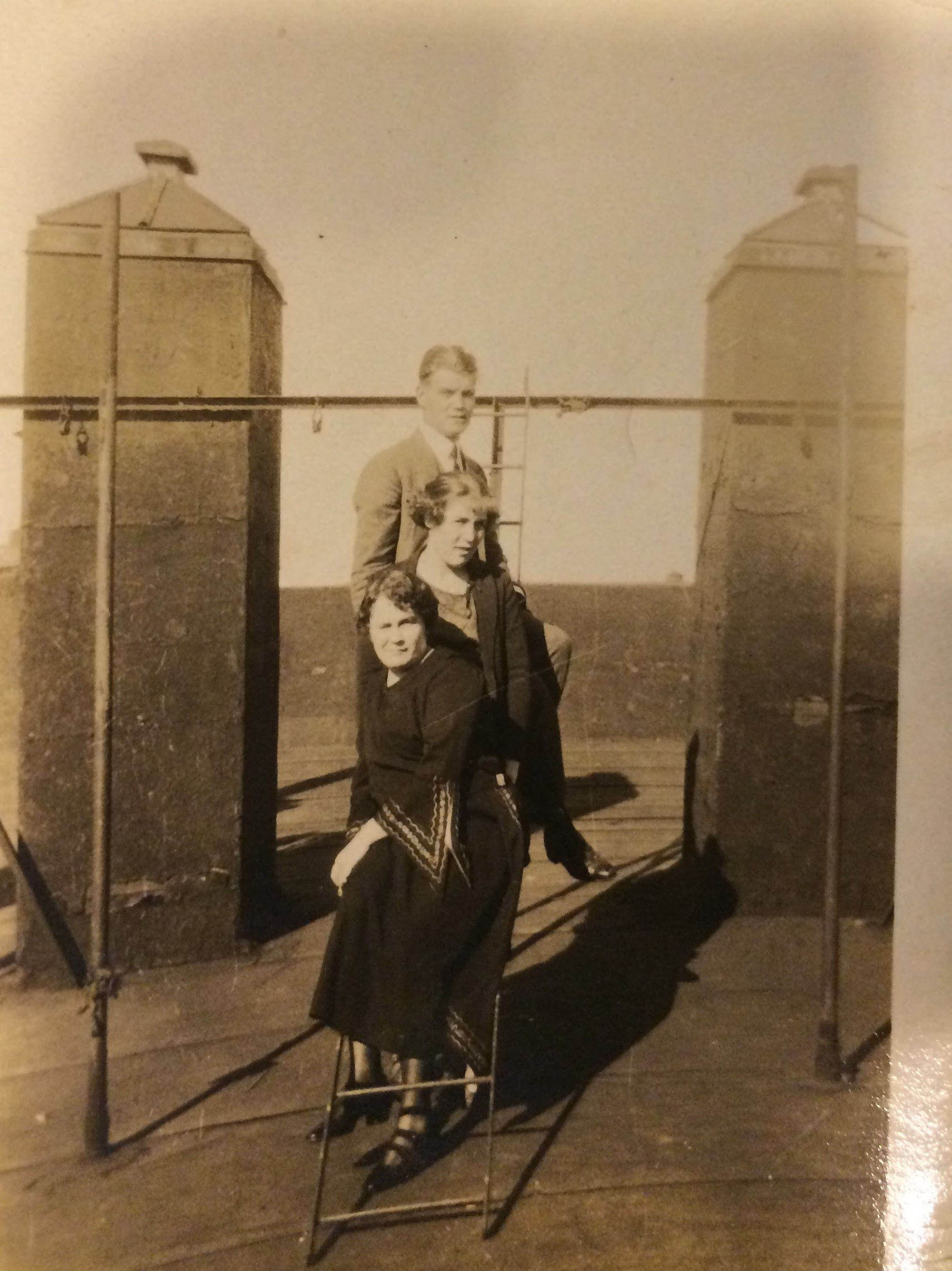 Big & Little Ed having an extended (like 10 minute long) discussion over the pic in Ed's hand. Uncle Bill again. This puzzled me for a moment until Ed explained he operated landing craft in the Navy. I remember late in his life Bill at some family party, and somehow the topic got on the military (or maybe it was the fire company after Franky had passed away?), and he got a bit of the thousand yard stare -- as he recalled how you never forget picking up the broken bodies of the dead when on burial detail. One of the few times I ever saw a WWII vet get emotional over their experiences in person.

He's sitting on the bumper of his rare '42 Ford, since not long into the model year all production was switched to the war. And after the war in his Oldsmobile. I loved his blue and white pickup when I was little, guess he always had good taste in vehicles :) And where did all these great cars and trucks ever end up?!?! Why don't couldn't we have a family barn full of these treasurers... 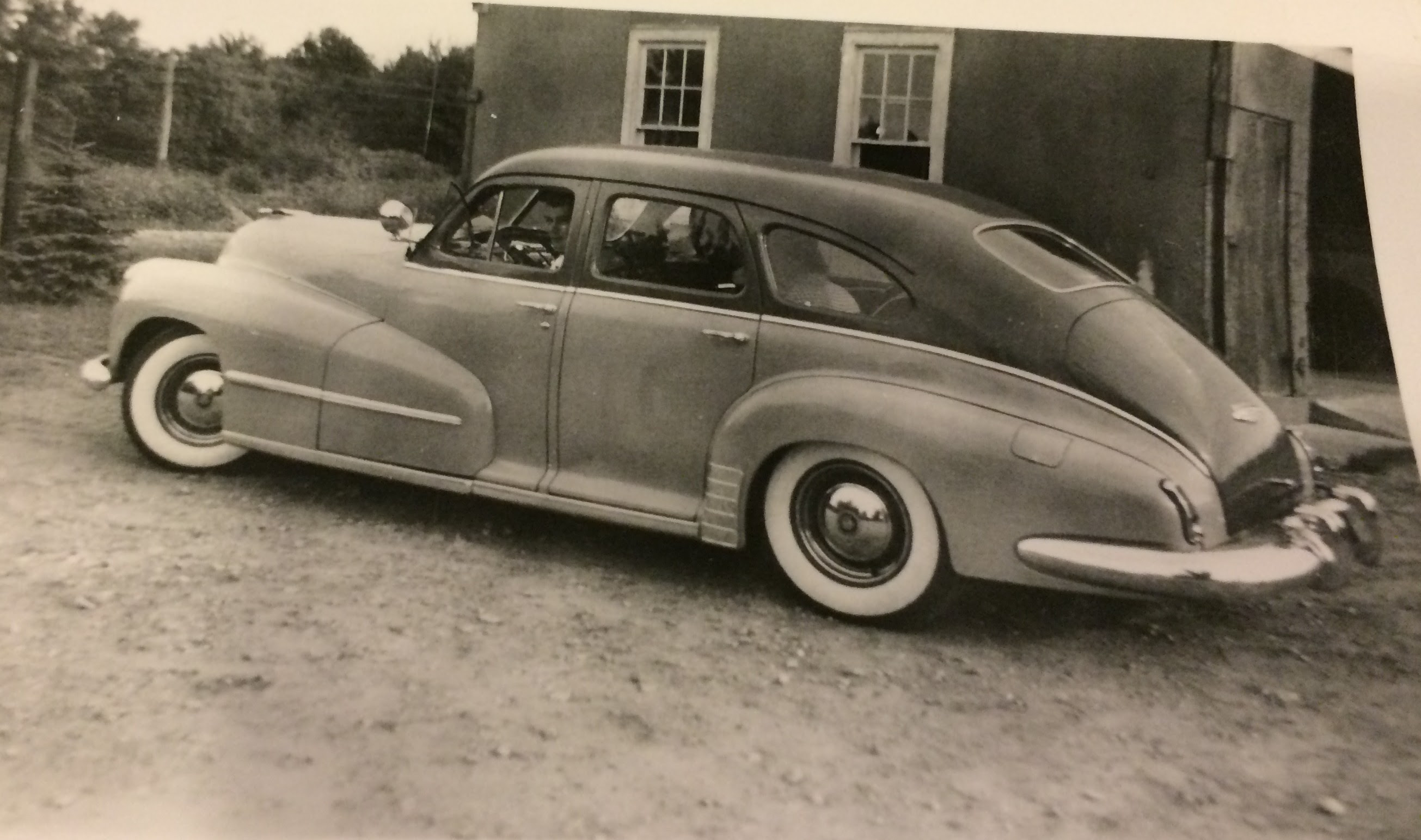 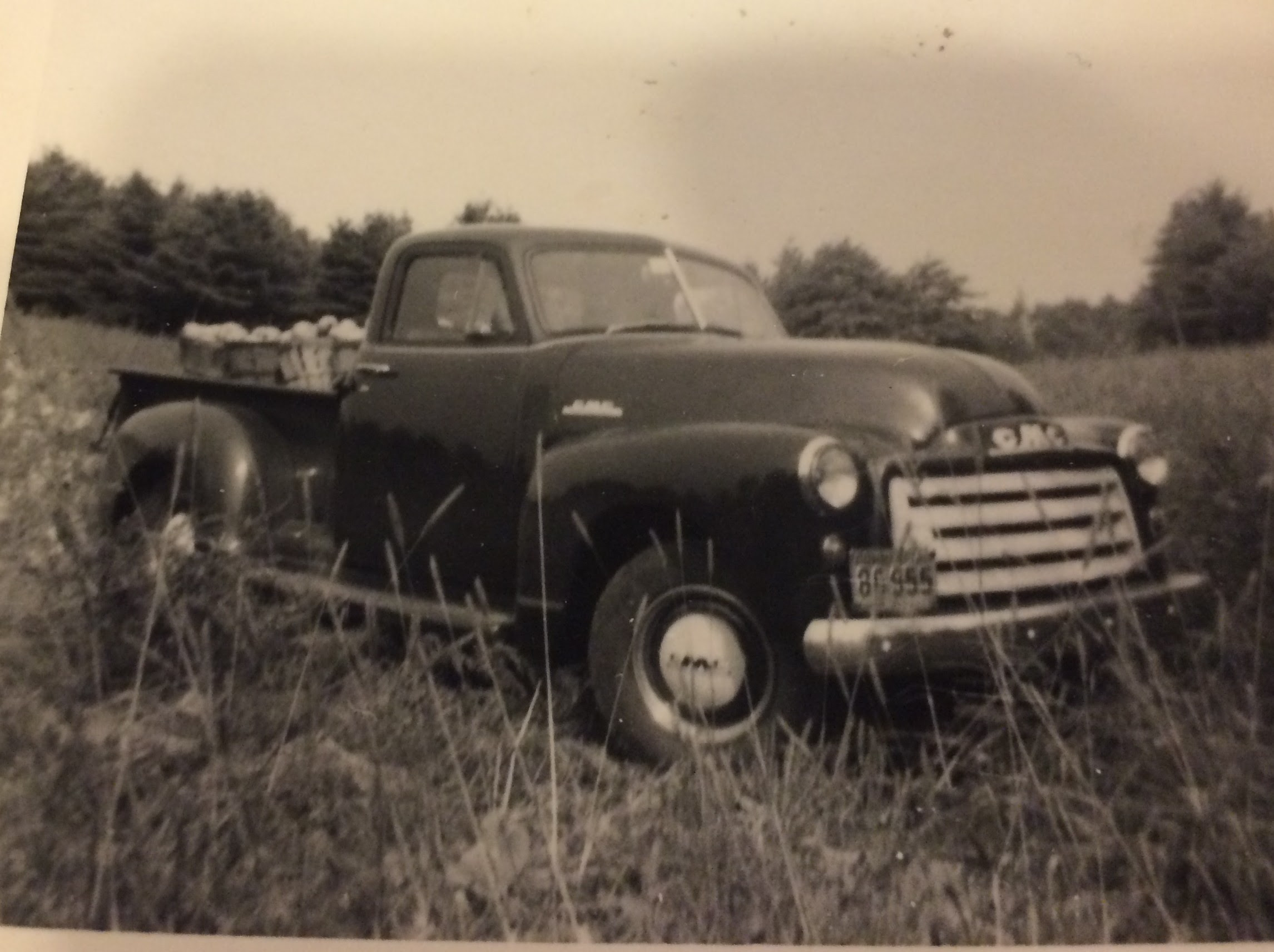 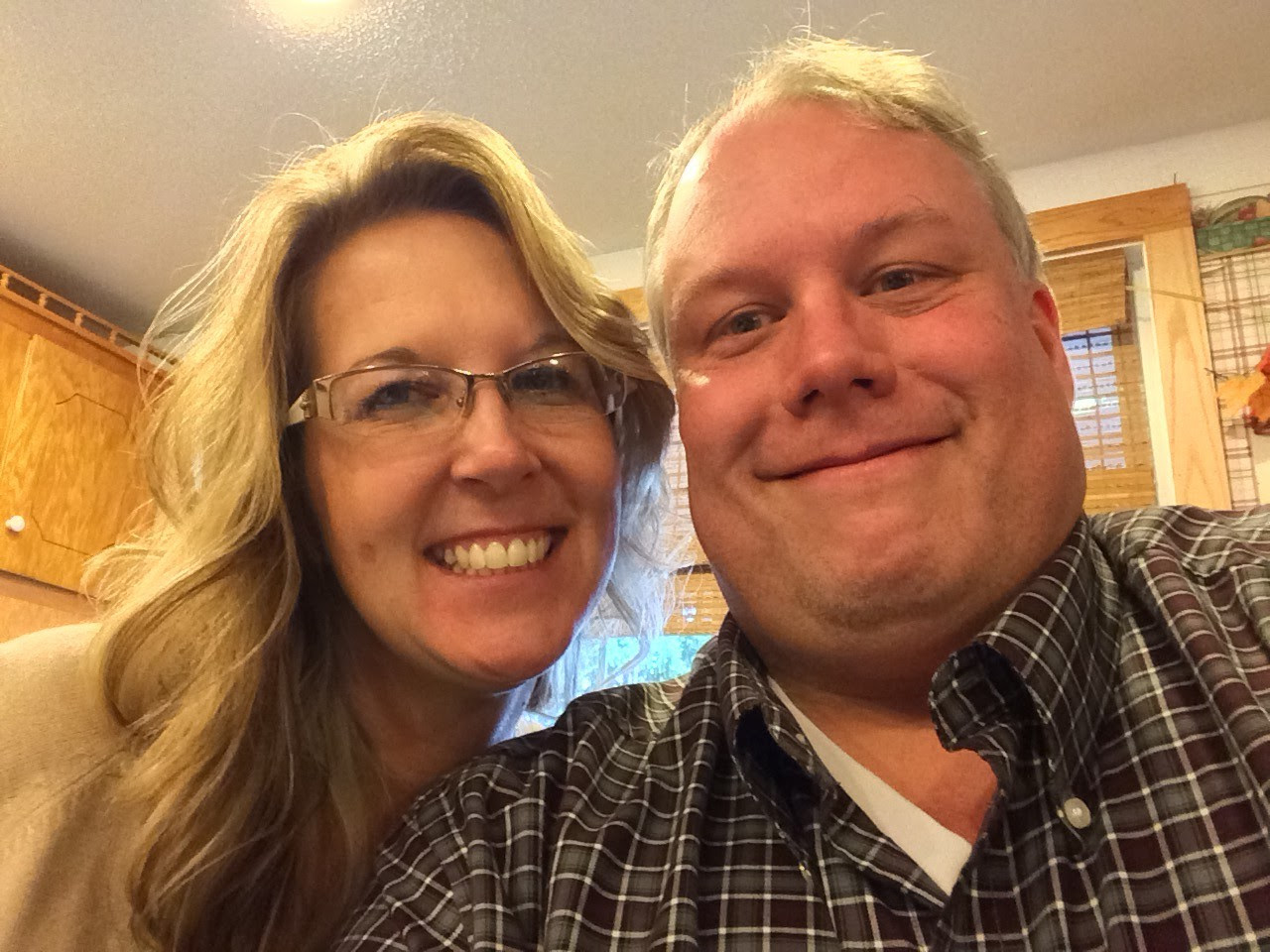 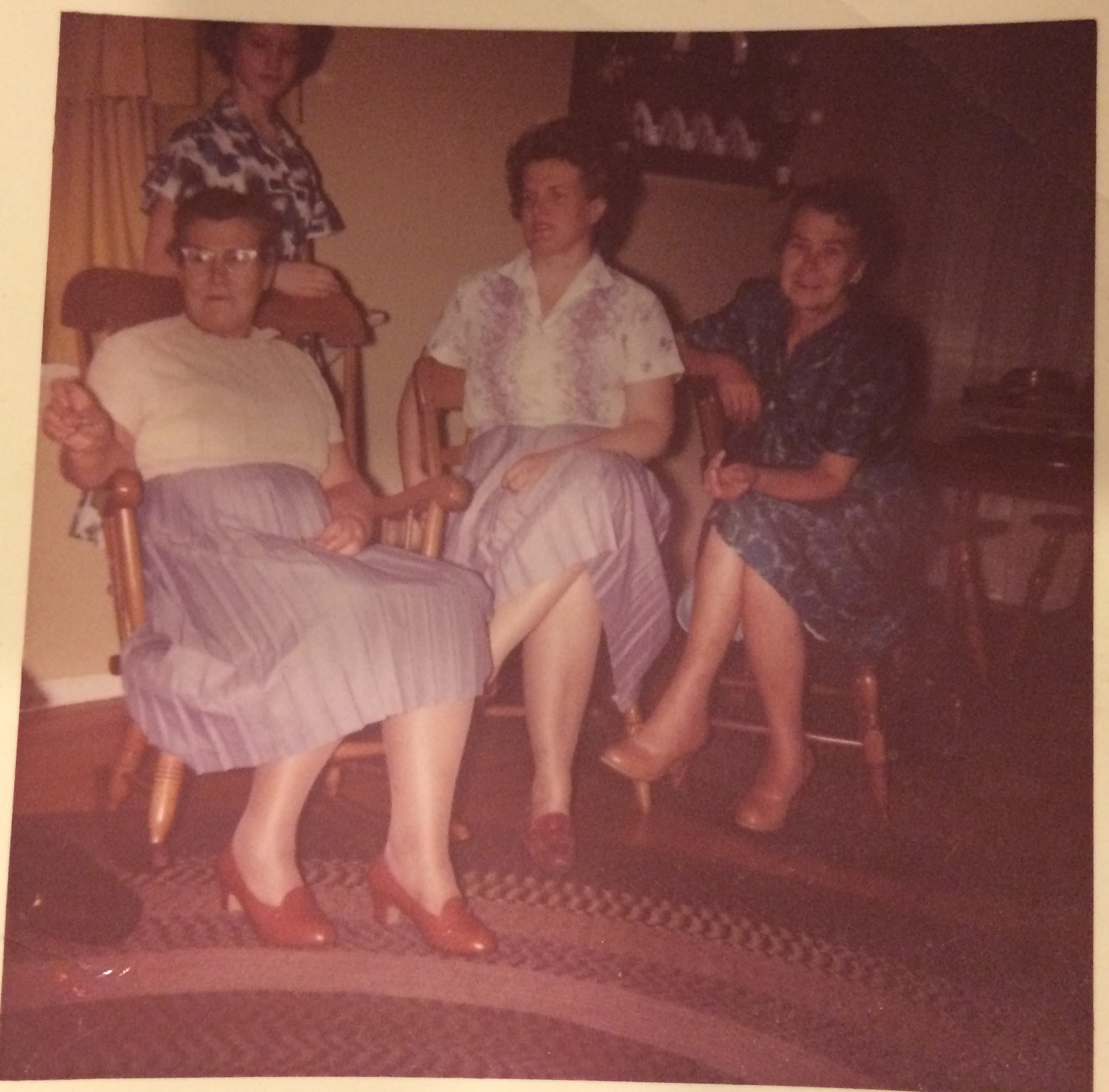